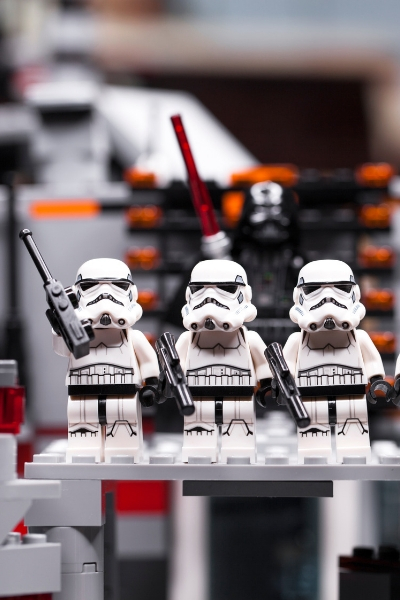 I have a lot of films that i call my favorites (Shawshank, The Medusa Touch, Raiders 1, etc) but my favorite film of all time is The Empire Strikes Back.

It's the romance arc that does it for me every time! As a whole Star Wars IV, V, and VI, were films that I watched when i was 10, 13 and 16. I actually have TESB in paperback and it fell apart because i read it so often.

As to my favorite scene, that is a particular scene in The Return Of Jedi.

The scene is on YT and the bit that makes the hairs stand up on the back of my neck starts around 4mins in – it's on YT here: https://www.youtube.com/watch?v=U1MnMA0TzGI

These words are the culmination of Star Wars IV, V and VI in the final battle between Vader and Luke.

It is the most passionate stirring scene in any film I have ever seen. It is the absolute certainty in Luke that he would rather die than turn to the dark side that makes the simple words he says so meaningful.

If they had made Jedi in 2019 it would have a complicated fight scene with stunts and flips and tons of explosions… but the almost simple (and I know I have used that word twice now!) way that the fight happens is redolent of sword fights in old black and white movies. It is intense. Added to which is the perfect William’s music building to a crescendo.