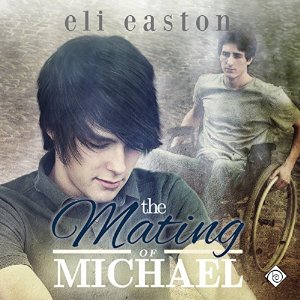 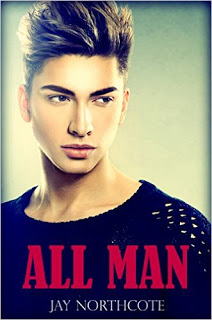 Jay Northcote
All Man is live on Amazon
“You’re the sleek little sports car to my Land Rover.” From the moment Gareth walks through the door of the salon to fit some new sinks, Jules can’t take his eyes off him. Jules has always been attracted to men who are his polar opposite, so burly Gareth is Jules’s fantasy man. At the weekend, Jules gets into a tough situation with another bloke in a gay club and Gareth comes to his aid. Gareth rejects Jules’s subsequent advances but leaves him with the hope that his attraction isn’t completely one-sided. Fantasy could become reality. With Gareth’s work at the salon nearly done, he’ll soon disappear from Jules’s life for good. Time is running out. Jules needs to prove to Gareth that he’s tougher than he looks and that his feelings run deeper than gratitude. 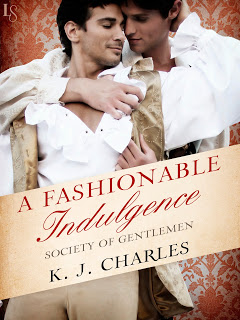 KJ Charles
A Fashionable Indulgence is out now!
When he learns that he could be the heir to an unexpected fortune, Harry Vane rejects his past as a Radical fighting for government reform and sets about wooing his lovely cousin. But his heart is captured instead by the most beautiful, chic man he’s ever met: the dandy tasked with instructing him in the manners and style of the ton. Harry’s new station demands conformity—and yet the one thing he desires is a taste of the wrong pair of lips. After witnessing firsthand the horrors of Waterloo, Julius Norreys sought refuge behind the luxurious facade of the upper crust. Now he concerns himself exclusively with the cut of his coat and the quality of his boots. And yet his protégé is so unblemished by cynicism that he inspires the first flare of genuine desire Julius has felt in years. He cannot protect Harry from the worst excesses of society. But together they can withstand the high price of passion.