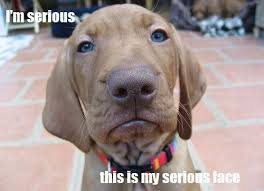 This title isn’t click bait, I promise you.
I want to talk about BookBub, and give you an honest insight into my sales for one day in August and then talk about an issue that just won’t leave me alone. I promise you the link is there and it will all make sense in the end

I had a BookBub this last week. For those of you who don’t know what that is, it’s this company with a huge amount of subscribers who are interested in receiving emails about authors who have a free, or heavily discounted, book available. The author pays to have their book included and in general you make the money back.

In my case, I featured Crooked Tree Ranch. I made it available for only 99c and the email was duly sent to subscribers, and within a day I was number 1 on Amazon gay romance in Aus, Can, and the big one, US. Interestingly I think I got to number 3 or thereabouts on UK.

Not only did I get to number 1 on Amazon but I was at one point the proud author of the 240th bestselling book on ALL of Amazon US. I was up there with Nora Roberts… something I am a little astounded by (Brit-speak for overwhelmed).

I am incredibly lucky. I’ve hit number one before with The Christmas Throwaway. The Heart of Texas did similarly well, as did Crooked Tree Ranch way back when it was with a publisher. Bodyguards, early Sanctuary, they were all *top ten* on Amazon and there is one major benefit to being top 10.

I used to be a web designer, and we had this term borrowed from the newspaper world called *above the crease*. When you go to a website the information you see first off is what you focus on, and a lot of people don’t scroll. The important detail is that which is handed to you quickly and with bold headlines, or flashy graphics (*number 1 bestseller* being the one that you get on Amazon now).

So, a reader goes to Amazon, clicks to best sellers gay romance, and voila, they are presented with the top 100, a lot of them are only 99c. And for one day I was right there above the crease and at number 1.

It’s near impossible to get top 10 now. Predominantly the top 100 is now filled with KU books. The benefit to KU, with a concept is like Netflix, is that you pay your money monthly and you get to *borrow* books for free. I have seen some of my friends, newer than me to the MM romance world, make KU work for them very well. I choose not to put my books in KU simply because 30% of my readers use other places for their books, and I don’t actually like KU an awful amount. However KU is now fundamental to the creation of the top 100 book list on Amazon.

Incidentally, if you want to read a book enrolled in KU that is bloody awesome and worth every single second you read then NR Walker’s new one is out soon… she is an example of a hardworking author using KU for good. Check out all her books. J

Anyway, I digress, this is not a post about KU particularly, I must stress that here, it works well for ethical authors who work hard and produce quality books. Unfortunately it also works well for farm-authors, some of whom write good stuff apparently, but more on that in a minute.

So, back to BookBub which is where I started. I thought I would run some stats on the Crooked Tree Ranch BookBub.

How many books did I sell through the BookBub that meant I was number 1?

There were some sales before BookBub day, and some after, but on the day I hit number 1, how many did I sell?

All at 99c, which just looking at the sales without the financials, I was stunned, and very pleased that 805 people took a chance on the book at 99c, after all, it’s one of my previous better selling books – I genuinely thought everyone had got their fill of my cowboys and the ranch. I also saw an uptake in book 2, 3 and 4. So, that was all excellent, wonderful news.

And I got to number 1, so I get the best seller badge J which I really ought to add to my web page at some point. I also had CTR sitting in the top ten for a couple of days, which isn’t bad for an old book.

Then it hit me, when I was in bed that night, as I thought about the day, and the sales, and the implications of the BookBub. I’ve been super angry about what I like to call the *farms* who take up the top 100.

What is farming? I’m not sure this is even the right word to use for this, but it’s one that others use and it seems to be sticking.

Farming is a group of authors who write under one name to game *the Amazon system* in various ways. They want to *dominate the top 20* in Amazon and they want to take down *The Old Guard* (by that I guess they mean any of us who’ve been around a while).

It started, to my knowledge, with Sierra Riley. But of course, it could have been happening earlier for all I know.

It’s not two authors co-authoring like for example myself and Vicki with our hockey books. It could be five different authors each writing one book in a series of linked books and all releasing under one name with varying levels of storytelling and writing ability.

To summarize, these books are in the top 100 and you can identify them by the following:

I found this situation frustrating, disheartening, it made me sad.

But, I was disappointed with myself. Was I failing? My sales and income were steady, increasing actually, but visibility in my biggest market, Amazon, was diminishing. Why didn’t I get as many reviews as these new authors, was I not writing the kinds of things that people wanted to read, what was I doing wrong? It was a black time, and it’s one that a lot of other authors are still in the middle of.

So many authors out there are judging themselves as having failed and my heart breaks for them.

I could see friends of mine who used to get visibility in the top 100 literally vanish and not make the charts. People who used to sell 200 books a month were selling 5. Mid-listers were vanishing, and it seemed like every week another author was announcing they were giving up, or having to get another job. Hell, we’re losing authors every day.

And then I spotted an author, Sierra Riley, and certain patterns, and the farming issue was revealed, not just by myself but by other observant authors. I’ve spoken about this before in length. In general I think this is cheating readers who expect a certain author and can’t be certain who they are getting when they read a book. I’ve heard all the arguments in defense, but boy it rubs me up the wrong way with my innate sense of fair play.

So many hard working authors who don’t play games have stopped writing.

This is just my opinion but I think these farm authors are part of the devaluing of our writing community with price expectation and the quality of what a reader is being given that can be hit and miss. Then some of the farm authors are now out on their own, having gotten an audience this way, and they argue it was nothing, and that they weren’t really working together to get $25,000 KU bonuses.

Our mid-listers are leaving, the market is closing out on new authors.

This is where I came to a realization this week.

These farm authors getting top 10 in Amazon gay with their 99c KU books. They could be getting 800 borrows a day, but for what? They can’t be making much money unless they reach bonus levels, which isn’t such a given now. And what kind of page reads are they getting, are they actually making decent money, enough to warrant what they are doing?

And for every one of them who reads this and has the one rejoinder they like to use – She’s just jealous of our sales, our money, and our success.

LOL, believe me, I am far from jealous.

No. I’m furious, sad, disappointed, and hope to hell they are exposed for what they are sooner or later. Or that KU finally wakes up and lumps them in with the scammers.

Before our community stops growing, and before too many authors give up.