I am booked to attend the following events this year and next:

I
attended the Atlanta Convention last year and had such a blast! I met
so many readers and authors and just had such an awesome time. I'll be
taking swag, and also books to sell and sign.

A group of writers meeting in a country hotel in Buckinghamshire – watch this space for news. More here – UK Writer's Retreat


I am pleased to announce I will be one of two keynote speakers at the first ever Euro Con. This is to be held in the beautiful city of Munich right on top of Pride… I'm so excited, and yes, nervous at the same time! 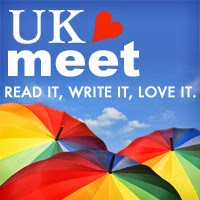 A convention held in the UK with writers from all over – UK Meet.

I attended the meet in Manchester last year and met so many of my writery friends in the UK and some from overseas!

Had an awesome time in Bristol this year! I'll be taking swag, and also books to sell and sign.