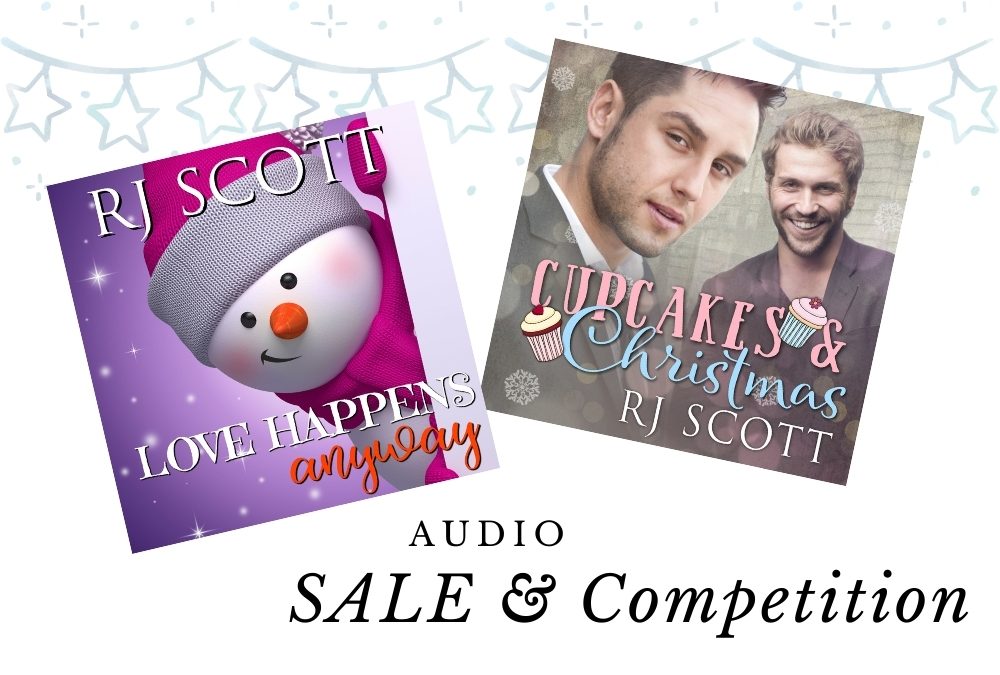 Competition to win an audio code

We have a sale on two of RJ's audiobooks

Love Happens Anyway is only 3.99 and RJ's brand new book Cupcakes and Christmas is only 6.99. You can buy both from RJ's direct shop.

COMPETITION TO WIN AN AUDIO CODE

Win a code to a selection of backlist books – simply tell me what is your favorite trope in MM Romance – I'm a sucker for hate to love, enemies to lovers, and an angry kiss!