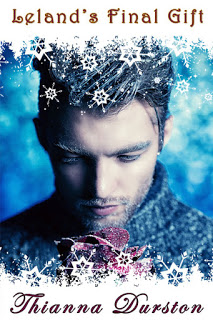 Buylinks here
Blurb: Kinder Thane lost his life partner three years ago and ever since, has folded into himself. He doesn’t speak to friends and only sees his family once a year. Every year on the anniversary of Leland’s death, he spends his time with the ghost of his dead boyfriend.When Jessie Riley moves in across the hall, it sends his entire existence into a flurry. Suddenly there’s life out there, happiness, the joy of the holidays, and it’s so shocking he almost doesn’t know what to do with it. It gets to be too much but before he can pull back inside and go back to the way he was, Leland has a final gift for him, one that changes everything.