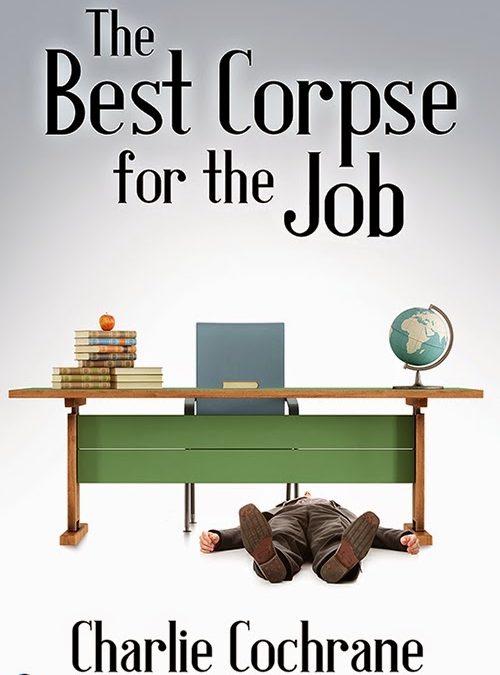 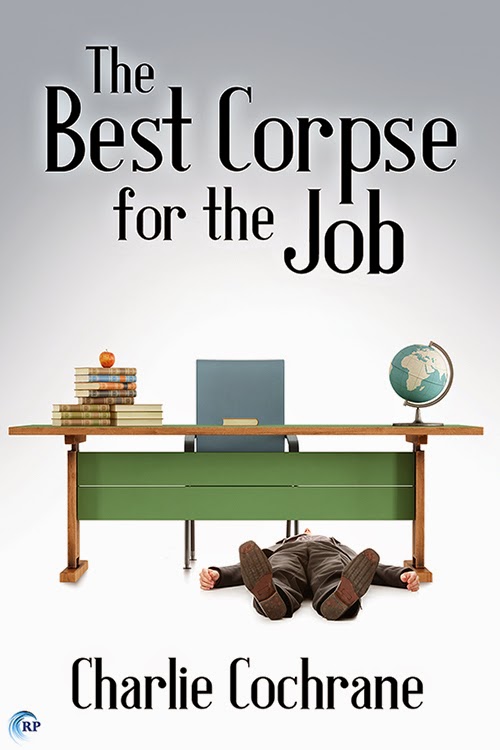 Charlie, you started out writing romances, so what made you turn to crime?

I wish I could steal Nicky Slade’s answer to this. She was once asked, over dinner, by a posh and patronising bloke, “What do you do, my dear?” To which she replied, “I murder people.”

That’s part of the appeal in being an author. When you write romances sometimes you feel you’re living that romance – the excitement of flirtation comes alive, the love scenes stir your emotions as you commit them to the screen, the characters become real and alive. So what about when you write a thriller or crime book? Do you get the thrill of “committing a murder” and getting away with it? Actually, I’m not sure that’s the sort of thrill I want.

What I do like is the sense of creating, and picking apart, a puzzle. I’ve always liked puzzles, quizzes, games and the like and have always read a wide range of mysteries. Maybe it was natural to try my hand at creating my own, whether historical or contemporary. And writing these books appeals to my inherent belief that good should triumph over evil. Maybe that brings us full circle to romance again?

Tea and sympathy have never been so deadly.

Schoolteacher Adam Matthews just wants to help select a new headteacher and go home. The governors at Lindenshaw St Crispin’s have already failed miserably at finding the right candidate, so it’s make or break this second time round. But when one of the applicants is found strangled in the school, what should have been a straightforward decision turns tempestuous as a flash flood in their small English village.
Inspector Robin Bright isn’t thrilled to be back at St. Crispin’s. Memories of his days there are foul enough without tossing in a complicated murder case. And that handsome young teacher has him reminding himself not to fraternize with a witness. But it’s not long before Robin is relying on Adam for more than just his testimony.

As secrets amongst the governors emerge and a second person turns up dead, Robin needs to focus less on Adam and more on his investigation. But there are too many suspects, too many lies, and too many loose ends. Before they know it, Robin and Adam are fighting for their lives and their hearts.

As if on cue, the rozzers—it had to be the police, Adam thought, as no other grey-suited individuals would be lurking around the school—came through it.

“Ah, Inspector Bright,” Victor said. “We were just wondering when you’d be here to tell us what’s going on.”

“A murder enquiry’s going on.” The inspector’s voice preceded him into the room.

Christine clasped her hands to her mouth. “Murder? Oh . . .”

The inspector appeared, nodding sympathetically. “I’m afraid so. Which means we’ll need to get a statement from each one of you before you can go.”

If the policeman said anything else, Adam didn’t quite catch it. He was feeling confused enough, so to have—Wright, Bright, what the hell had Victor said his name was?—walk through the door looking like that sent his thoughts off in ten directions. Policemen weren’t supposed to be so tall, dark, and stupidly handsome. Apart from in Adam’s fantasies.

Oliver’s voice interrupted the unwanted germination of some inappropriate thoughts in Adam’s brain. “Perhaps you could take Mrs. Probert’s statement first? She has two small children at the school, and they’ll need her to pick them up at the end of the lessons.” His unexpected thoughtfulness earned him one of Christine’s stunning smiles.

“Happy to oblige,” the inspector said with kindness.

Why did Adam never seem to meet blokes who reacted to his smile the way they reacted to Christine’s? Why couldn’t this policeman favour him with a flash of those dark eyes?

“Perhaps you could come along now, Mrs. Probert, and my sergeant could take you through things?” The sergeant looked like that was the best news he’d heard all day. “Anyone else need to get away urgently?”

For a moment—only a moment—Adam felt like shouting, Take me, take me now! but this was serious business. Was it defiance or denial in the face of sudden death that made him feel like behaving like a schoolboy? Or was it simply the incongruity of somebody like the inspector walking through the door? Instant chemistry, that’s what they called it, but he’d never come across such a sensation before. It was the romantic equivalent of being hit over the head with a sock full of wet sand.

Then he remembered why the police were here—Youngs’s body, those awful teeth—and felt sick again.

Merry Gentlemen by Josephine Myles, 5/5 and a recommended read