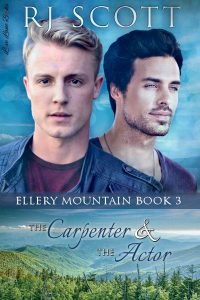 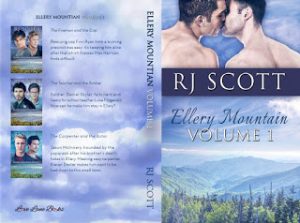 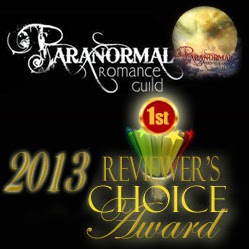 Paranormal Guild Guild – 5/5 – “….This story is my favorite so far. Kieran is so easy to love as a character; R.J. Scott does a wonderful job of making these characters real….”

Rainbow Book Reviews – “….This is my favorite story so far. Jason and Kieran are two very realistic characters who complement each other in a huge way. There isn't a great deal of angst, no separation to get back together, just two men facing issues as they arise, being able to acknowledge what's in their hearts, and come up with a reasonable solution as they burn their way through the mattress with their fiery passion for one another. I recommend this story to Ellery Mountain fans and to new readers as well who enjoy a strong, romantic story with descriptive, realistic characters who quickly get under your skin and in your heart. Thanks, RJ, for another great story. I'm looking forward to the next book in the series….”

Hearts on Fire Reviews – 4/5 – “….I especially enjoy how Ms Scott keeps the characters from the previous stories active in all of the books so that there is a smooth flow and continuity. The characters are well developed and the sex was hot. I recommend this book….”

Sensual Reads – 4/5 – “….The Ellery Mountain series is amazing in so many ways with great supportive characters who care about others and do come back to visit. Each story is like coming home. Pick up The Carpenter and the Actor and enjoy the story. You will not be able to help yourself….”

Jason McInnery pulled another blanket from the pile at the bottom of his bed and used it to block up any small space around him that could let in the cold. When he’d gone for rustic he hadn’t realised he was getting the equivalent of sleeping in a tent. No heating that he could get to work, two in the morning and sleep had so far eluded him. The hot water bottle he’d found in the cupboard above the sink was still warm, but at this point it really needed to have the water replaced with steaming boiling heat. That would mean getting out of bed though and placing his feet on the icy cold wooden floor.

“So not going there,” he muttered to himself. The new blanket helped and finally he had a cocoon that at least meant he wasn’t shivering. No wonder the cabin had been cheap to rent if it didn’t come with working heat. He knew he should have stopped at the chain motel he’d seen just outside Ellery. But no, his idea of hiding was self-imposed isolation halfway up the mountain and twenty minutes’ drive from the town he’d been born in. He should have gone to his parents’ house in Las Vegas and got some of that desert sun.

Freaking paparazzi. They knew where his parents lived, and would assume it was one of the places he would go. Hell, he was lucky they hadn’t followed him to Ellery, or had any inkling he would go back to the town he’d left before he was old enough to remember it. His cell phone sounded and he rooted around under the covers where he’d pushed his only link to his other life. The life where he was a popular, successful, openly gay actor who had charmed his way into millions of hearts on a successful TV comedy and in two kids’ films. The actor with the brother who had died. The screen lit brightly and the name wasn’t a surprise.

“Hey, Mom,” he answered. The cell was warm from where it had been wrapped in the quilt. Midnight at his mom’s place meant his dad snoring in bed and his night-owl mom watching recorded shows. “It’s two a.m., you know.”

“There was a show on, and I was thinking about you.”

“You need to stop watching those gossip shows, Mom,” he said patiently.

Jason shifted deeper under the covers and sighed inwardly. He’d grown a thicker skin now. Having his private life plastered over magazines and TV shows was part and parcel of the whole celebrity lifestyle. That didn’t mean it had got any easier over the last seven years since the small comedy show he starred in had gone ballistic. And hell, it wasn’t ever going to get any easier for his poor mom. Not only had Ben died with too many secrets and too many lies twisted around him, but Jason had been smacked around the face with the fallout of his brother’s actions and his own subsequent arrest.

“I just wanted to…” She didn’t finish the sentence. Jason’s throat tightened with emotion. He didn’t call her on phoning him this late—she’d wanted to hear his voice. Losing Ben had destroyed his parents. Maybe he should have gone home to Vegas and forgotten the fact that doing so would have put his mom and dad in the spotlight. They were struggling as it was.

“I can be home by tomorrow,” Jason offered. He could get tickets and be on a plane in a few hours. Hell, it would probably be warmer on a plane anyway.

“No, Jason, we talked about this. I love you—I just wanted to tell you.”

With the call finished, he clutched the cell to his chest and pulled the blankets up and over his head. Grief balled in his chest and not for the first time since he’d left LA, he wondered what the hell had made him come to Ellery. He may as well have stuck a pin in a map as a way of deciding where to hide out.

He had three weeks. Three weeks until the next season started filming. Ellery was as good a place as any.

Loud noises woke him to bright sunlight streaming through the large windows and he glanced at his cell phone. The screen showed it was just after seven a.m. He’d banked five hours’ sleep, but he still felt like complete shit. His dreams had been filled with Ben and a scene that was something like a film, with him and Ben running. He hated the running dream—it never failed to leave him frustrated and tired beyond reason and had occurred on too many occasions recently. Rolling onto his side, away from the window, he screwed his eyes tight shut and willed sleep to happen.

The knocking on his door was part of a dream—it had to be. No one would be knocking on the door of this remote cabin at ass o’clock in the morning for any reason he could imagine.

Groaning, he shifted until he could listen with both ears. The knocking wasn’t stopping. This wasn’t the short, sharp knock of someone at the door. This was repetitive and noisy and…hell, right outside his window. What the fuck was happening? Pulling the blankets back over his head, he attempted to sleep. When that didn’t block out the banging, he searched on his phone for an app that could produce white noise. When that didn’t work either, he gave up sleeping as a bad thing.