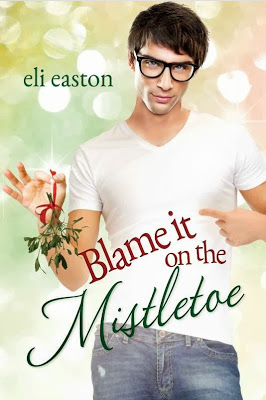 5/5, a brilliant Christmas Story
When physics grad student Fielding Monroe and skirt-chaser and football player Mick Colman become college housemates, they’re both in for a whole new education. Mick looks out for the absent-minded genius, and he helps Fielding clean up his appearance and discover all the silly pleasures his strict upbringing as a child prodigy denied him. They become best friends.

It’s all well and good until they run into a cheerleader who calls Mick the ‘best kisser on campus.’ Fielding has never been kissed, and he decides Mick and only Mick can teach him how it’s done. After all, the physics department’s Christmas party is coming up with its dreaded mistletoe. Fielding wants to impress his peers and look cool for once in his life. The thing about Fielding is, once he locks onto an idea, it’s almost impossible to get him to change his mind. And he just doesn't understand why his straight best friend would have a problem providing a little demonstration.

Mick knows kissing is a dangerous game. If he gives in, it would take a miracle for the thing not to turn into a disaster. Then again, if the kissing lessons get out of hand they can always blame it on the mistletoe.

Review
Perfect Christmas Read. I loved both characters so much. Told from Mick's POV we see Fielding, an isolated brilliant geek genius, transforming in front of our eyes. He hasn't done much in his life–his mother is controlling and wanted Fielding to achieve academically and up until now he hasn't had freedom. Then Mick happens in his life. Kind of a gay for you story, until you read more and realise that Eli is cleverly filling in back story.
Highly recommended, and a good solid length story. 5/5, the writing is excellent and the story of the geek and the jock is perfect!
Buy Links
Amazon (UK) | Amazon (US)