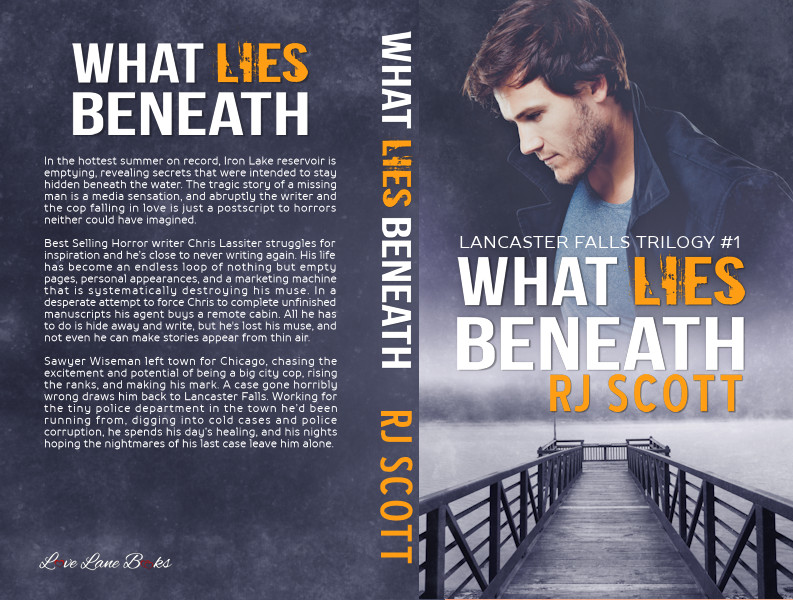 My biggest fear…. apart from spiders…

For a Facebook party, I answered a question about what the inspiration was behind What Lies Beneath – Lancaster Falls – book 1 in the completed series, and I thought I would share it here.

I can't imagine not having stories constantly in my head. I mean, we go for a short walk every day after lunch, and there is this guy who sits on the same bench, just watching the park, and we always say hello, and he smiles, and he's an older man. What is his story? I have so many ideas – from a Russian spy (don't ask) to a bereaved husband ( 🙁 ) to an alien making observation on the speed that grass grows.

Yes, that is how scary my brain can be.

So the book I've chosen to highlight is What Lies Beneath – this was book 1 in the completed Lancaster Falls Trilogy, and featured something that FREAKS ME THE HELL OUT.

Reservoirs scare the life out of me. I think maybe it's the unfathomable bottom. Or maybe it's the fact that a dam seems to be so flimsy on the outside. But, what freaks me out, even more, is when the water level drops and ‘drowned villages' appear. :O

This whole fear of mine inspired a complete romantic suspense series where on the hottest summer on record the reservoir is drying up and bones are found! Meep.

You can get book 1 in the bestselling series here:

Federal Agent Lucas Beaumont has an agenda—get himself assigned to the case of the apparent serial murders at Lancaster Falls, find out who the murderer is, and then lay the ghosts that haunt his grandfather to rest. In the midst of a horrific murder investigation, the only peace he gets is from simple moments in a warm kitchen, talking to hotel owner, Josh. Attraction to the easygoing man is something he didn’t expect; in doing so, he opens himself to hurt, but at the same time, he begins to fall in love.

Josh is struggling to keep the Falls Hotel, even with every cent he has invested in its upkeep. The one thing keeping him above water is the not entirely legal work he does on the side—a steady income that not even his son knows about. When the FBI takes over his hotel for the duration of the Hell’s Gate serial killer case, Josh is faced with the real possibility that Lucas will not only discover his secret but also steal his heart.

When tragedy hits Josh and his son, and when it seems all hope is lost, can Lucas rescue them both?

Last chance to get MM Hockey Romance in Kindle Unlimited