It's all about the audio this week is from one of my favourite authors with one of my favourite series', Nora Roberts and the Chesapeake Bay Series, featuring quartet of four men bound by the love of the extraordinary couple who took them in and raised them as brothers. Now grown and living on their own, the Quinn brothers must return to the family home on the Maryland shore, to honor their father's last request. 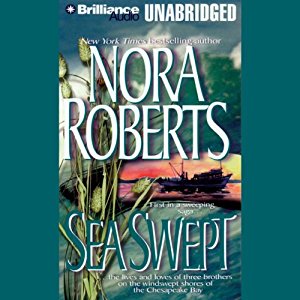 A champion boat racer, Cameron Quinn traveled the world spending his winnings on champagne and women. But when his dying father called him home to care for Seth, a troubled young boy not unlike Cameron once was, his life changed overnight…

After years of independence, Cameron had to learn to live with his brothers again, while he struggled with cooking, cleaning, and caring for a difficult boy. Old rivalries and new resentments flared between Cameron and his brothers, but they tried to put aside their differences for Seth's sake. In the end, a social worker would decide Seth's fate, and as tough as she was beautiful, she had the power to bring the Quinns together–or tear them apart… 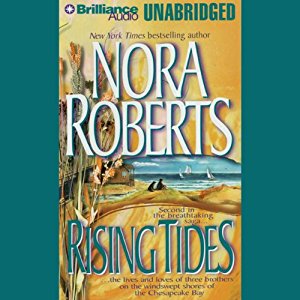 Of the three brothers, it was Ethan who shared his father's passion for the Maryland shore. And now with his father gone, Ethan is determined to make the family boatbuilding business a success. But amidst his achievements lie the most important challenges of his life…

There is young Seth, who needs him more than ever. And there is a woman he has always loved but never believed he could have. But beneath Ethan's seemingly still waters is a dark and painful past. He must learn to see around the shadows to accept who he is. Because through Ethan's past lies the future–and his one chance at happiness… 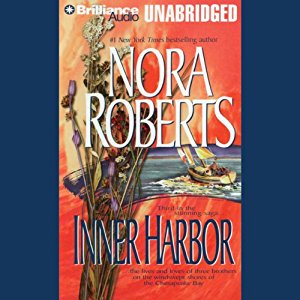 Phillip's brothers, Cameron and Ethan, are now happily married. The family boat-building business is starting to thrive. And the Quinns are closer than ever to keeping Seth permanently protected from his errant mother, who would sell her own son rather than loving him the way the Quinns do.
Phillip Quinn understands Seth's troubled past. He has the scars from his own rough and tumble childhood on the streets of Boston. He spent his days stealing and his nights doing anything to make a fast buck.

Now he's a high-powered advertising executive who favors Armani suits and rare wines. When he meets educated, cultured Sybill, he figures he's found his perfect match. And when he discovers she has a family connection to young Seth, they join forces to secure the boy's future. 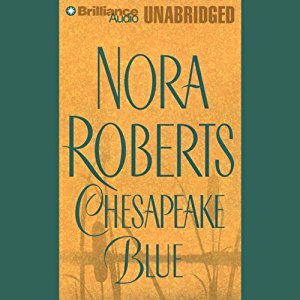 It's been a long journey. After a harrowing boyhood with his drug-addicted mother, he'd been taken in by the Quinn family, growing up with three older brothers who'd watched over him with love.

Now a grown man returning from Europe as a successful painter, Seth is settling down on Maryland's Eastern Shore, surrounded once again by Cam, Ethan, and Phillip, their wives and children – all the blessed chaos of the extended Quinn clan. Finally, he's back in the little blue-and-white house where there's always a boat at the dock, a rocker on the porch, and a dog in the yard.

Still, a lot has changed in St. Christopher since he's been gone – and the most intriguing change of all is the presence of Dru Whitcomb Banks. A city girl who has opened a florist shop in this seaside town, she craves independence and the challenge of establishing herself without the influence of her wealthy connections. In Seth, she sees another kind of challenge – a challenge she can't resist.

But storms are brewing that are about to put their relationship to the test. Dru's past has made her sensitive to deception and slow to trust. And Seth's past has made him a target of blackmail – as a secret he's kept hidden for years threatens to explode, destroying his new life and his new love.