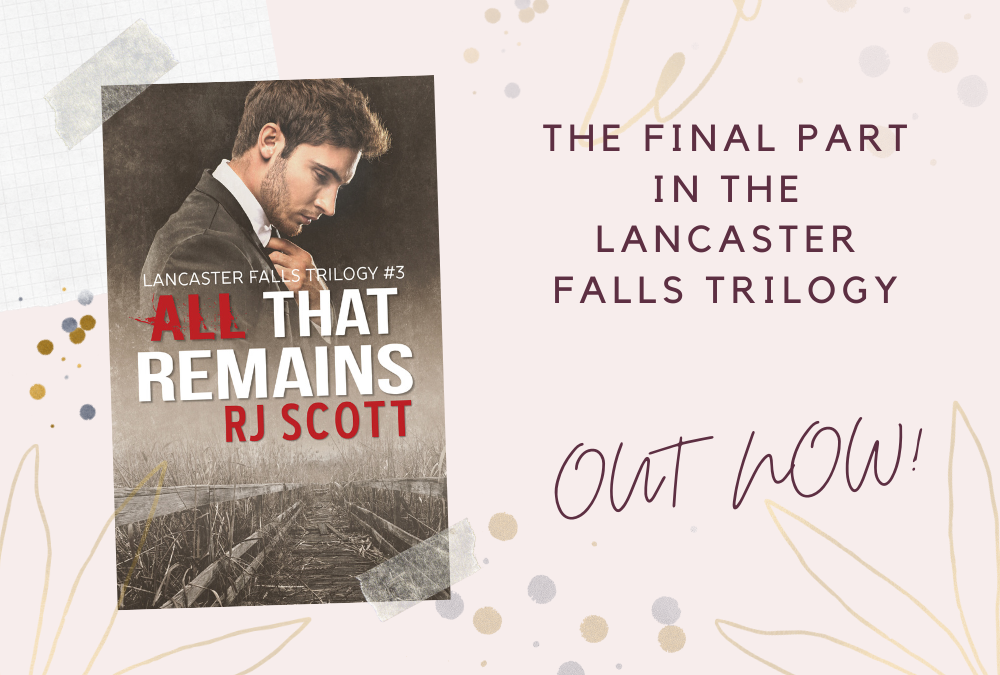 All That Remains – OUT NOW!

by Rachel Maybury
1696 views
No Comments
0

Federal Agent Lucas Beaumont has an agenda—get himself assigned to the case of the apparent serial murders at Lancaster Falls, find out who the murderer is, and then lay the ghosts that haunt his grandfather to rest. In the midst of a horrific murder investigation, the only peace he gets is from simple moments in a warm kitchen, talking to hotel owner, Josh. Attraction to the easygoing man is something he didn’t expect; in doing so, he opens himself to hurt, but at the same time, he begins to fall in love.

Josh is struggling to keep the Falls Hotel, even with every cent he has invested in its upkeep. The one thing keeping him above water is the not entirely legal work he does on the side—a steady income that not even his son knows about. When the FBI takes over his hotel for the duration of the Hell’s Gate serial killer case, Josh is faced with the real possibility that Lucas will not only discover his secret but also steal his heart.

When tragedy hits Josh and his son, and when it seems all hope is lost, can Lucas rescue them both?

Without a Trace
About the Book
Preview
Disclosure of Material Connection: Some of the links in the page above are "affiliate links." This means if you click on the link and purchase the item, I will receive an affiliate commission. I am disclosing this in accordance with the Federal Trade Commission's 16 CFR, Part 255: "Guides Concerning the Use of Endorsements and Testimonials in Advertising."

For A Rainy Afternoon

Cupcakes and Christmas – OUT NOW!