My snippet this week is from Alpha Delta, which is free this weekend!

“About thirty minutes ago four bodies were found at the Grane oil terminal, identified as security assigned to the NorsDev Forseti Platform.”
Cap stared straight at Finn and for a brief moment Finn wasn’t really understanding the words. Then one thing hit him square in the chest. Forseti. That was where Niall was.
Rising to his feet he didn’t know what to say as fear gripped him. 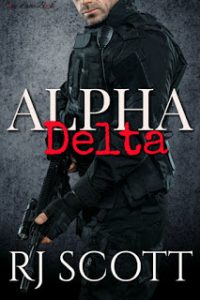