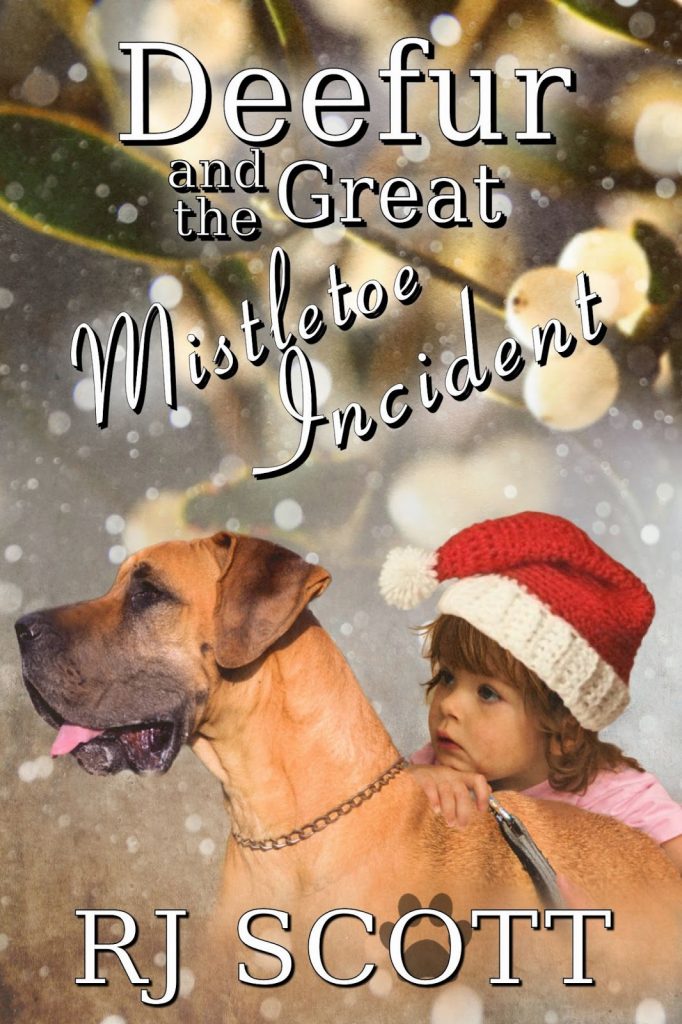 This book is the sequel to Deefur Dog – the story of a nanny, a broken hearted man, a cute daughter, and Deefur the Great Dane…

The story of how Deefur, after the great mistletoe incident, ends up with the best bed in the house.

Christmas Eve is here and with it comes ice and snow and the anniversary of the tragic accident that killed Cameron Jackson’s husband.

But this year he has Jason in his life and he refuses to let grief consume him like it normally did. He has a beautiful daughter, a new boyfriend and a dog that completes his home. This anniversary he wants things to be different. With a ring in his pocket and love in his heart he has to make new memories that will replace the icy parts of his heart.

He loves Jason, wants forever with Jason, but it takes Deefur and some mistletoe to have Cameron finally saying the right things to Jason at the right time.