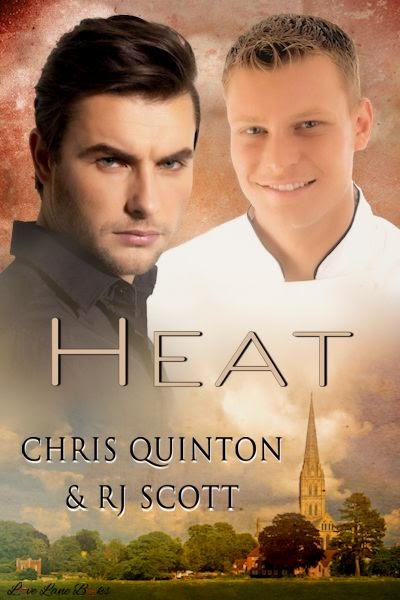 2014 was a bit of a mixed bag in both my Real Life and my Other Real Life World of Writing. Self-publishing went more successfully than I'd expected, but the two books I submitted to another publisher after the Silver debacle – not so much. My Manifold Press titles continue to bump along okay, though I have yet to discover how my most recent release, Undercover Blues, has fared. On the other hand, Heat, the book I co-wrote with RJ has done amazingly well, for which I will be forever grateful – to her and to those who bought it.

What will 2015 bring? There's a large folder of WiPs in my DropBox, so I've had to impose some kind of writing sequence. At the moment I'm a third of the way into Tawny, the second in my self-published Melusine's Cats series. There's also a very strong possibility Ice will happen, the next in the Salisbury Tales series with RJ. The rest aren't in any kind of order. It'll depend on which story sticks its elbows out and nags the loudest. There are contemporary romances, paranormals, and SFs among them. At least two – working titles, The Cowboy Story and The Walking Story, both contemporary romances – will be subbed to Love Lane Books first. They are both contemporary romances, one set in the US, the other in the UK. A couple of my titles with Manifold Press are threatening to spawn sequels, but nothing has gelled yet.

As for releases in 2015, so far I have only one new title coming out. On January 16th, my contemporary paranormal story, The Sinclair Selkie, will be released by Fireborn Publishing.

Donal MacCraith is on a road trip along the western coast of Scotland and the Western Isles. His family roots are there, but his main reasons for the extended vacation are the songs and legends. He's a folk-singer, come to collect some new old material, and when he leaves Stornoway to continue his wanderings, Niall MacLachlan goes with him.

Niall has a secret and an agenda of his own. One that involves Donal's family history, the legend of the Sinclair Selkie, and the clue Donal didn't know he had. That clue will lead Donal to the startling truth behind the legend.

One thing appears to be certain: the words might dry up for a time, but the ideas for plots and characters don't. At least, they haven't yet.

Where did The Fireman & The Cop go?