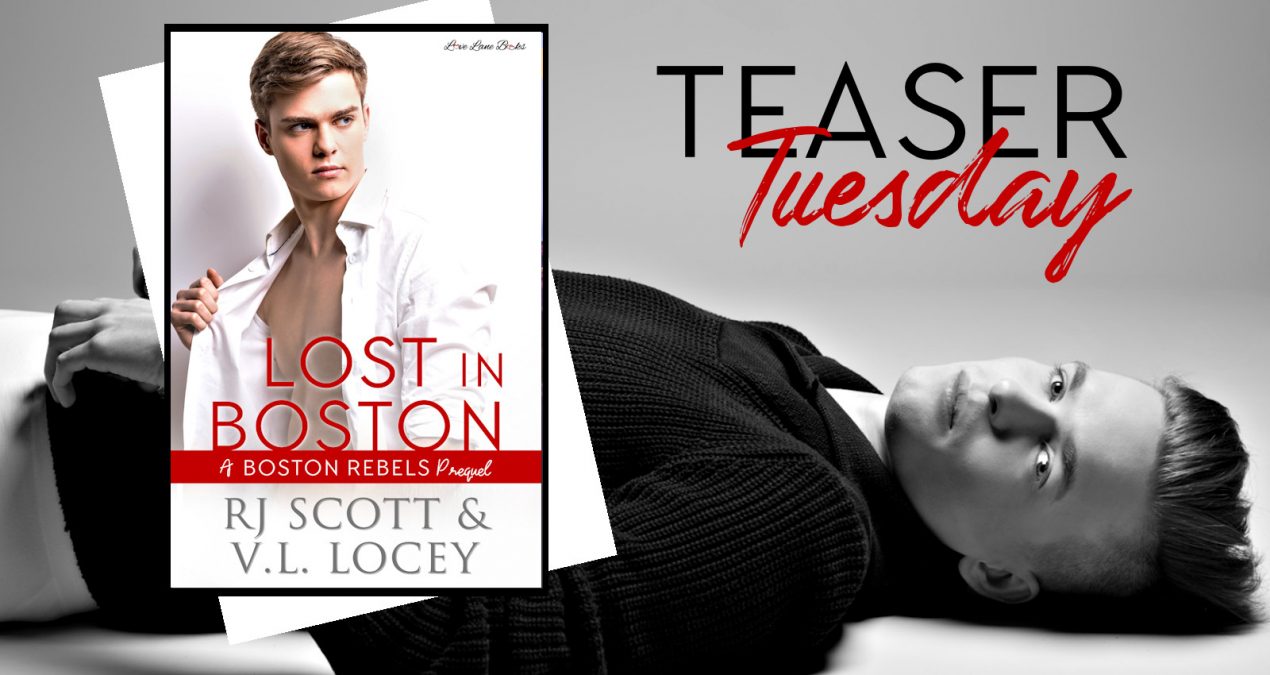 This week's teaser is for RJ Scott and V.L. Locey's new serial, Lost in Boston, a prequel to the upcoming Boston Rebels series.

The barista with the guy-liner and green eyes that reminded me of the pine trees growing near Carden Cove sauntered up beside me and began snickering at the dude lying spread-eagle on the floor. Or maybe he was laughing at me. I hoped not.

“Looks like you ran into a brick wall,” Pretty Eyes said to the guy scrambling to get to his feet. I had no clue what was going on. Was this a common thing in Boston coffee shops? Seemed the glitter would get into the coffee but hey, who was I to say?”

“Austin Rowe, holy shit!” Glitter Guy said as he stood. He offered me his hand and I took it. “This is wicked cool!” Pretty Eyes gave me a look, head tipped, thin eyebrows beetled. “We were all so excited when they got you! First round draft pick! Fucking yes!” He pumped the air then asked me to sign his face. With a marker. Which I did because I was Canadian and we were polite even in the face of stupidity. “Yes! Wait until the boys see my face! Can’t wait to see you on the ice. About time they got rid of some deadwood! Did you see the way Xander limped off the ice end of last season? Old timers gotta go.”

Find the story over at mmhockeyromance.com

Three of My Favourite-To-Write Angsty Books