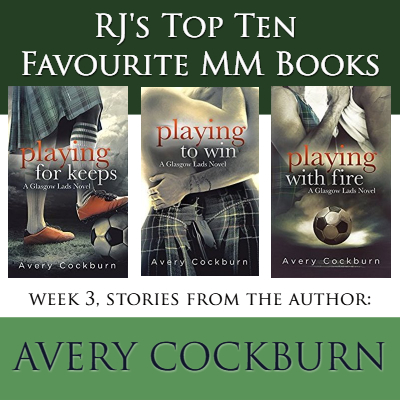 This series…I was blown away by the covers (legs, kilts) and the premise of a group of guys playing football in Glasgow. Now, anyone who knows me knows I am not a fan of football (dodges flaming stakes and sharp knives). BUT… this series is not just about football, it’s about camaraderie, and tension, and lust, and romances, and cute stuff, and class division, and religious division, and … gah I could list it all… with added humour and angst, all set against the backdrop of football**.

Seriously, if you haven’t read it, then you need to ?

**Soccer if you’re not one of us… LOL 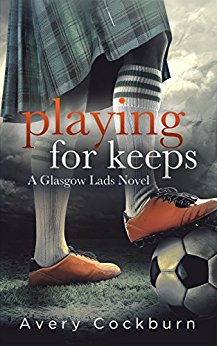 Fergus Taylor is damaged goods. Reeling from a brutal breakup, he’s determined to captain his LGBT soccer team out of scandal and into a winning season. For that, he needs strict rules and careful plans. He does NOT need a brash, muscle-bound lad messing with his head and setting his body afire.

John Burns has a rule of his own: Don’t get attached. Boyfriends are for guys with nothing to hide. Nobody—not his university mates, not the men he beds—knows his family’s shame. Now his double life is starting to unravel, thanks to a certain Highlander whose storm-riddled eyes turn John inside out, who wears a kilt like he was born in it.
Fergus is the first man John wants to share his secret with—but he’s the last man who could handle it. John knows the truth would shatter Fergus’s still-fragile heart. But how can he live a lie when he’s falling in love?

Review: What can I say about Fergus and John? Poor broken hearted John, and Fergus with all his secrets. Absolutely loved this book, and I am totally hooked on this series. 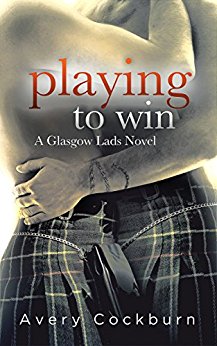 Being out in this world was dangerous enough. Being real was downright suicidal.

Colin MacDuff has nothing. Growing up in a Glasgow slum, he learned never to trust, never to cry—and never EVER to be at the mercy of anyone, especially rich men. So how did he end up half-naked at a rave with Scotland’s hottest young aristocrat?

Lord Andrew Sunderland has everything. From ancestral castle to posh prep school, he’s spent his life wrapping others around his wee finger. With a social circle full of celebrities and politicians, nothing can stop Andrew’s rise to the top. Nothing, that is, save his desire for a dirt-poor, wolf-eyed footballer whose scars and tattoos tell unbearable tales.

Set amid the fiery Scottish-independence struggle, this searing gay romance tells the story of two men who must lose everything to win each other's hearts.

Review: My absolute favourite of the series so far. Colin and Andrew’s story is set against a momentous time in British History. A clash of classes, of ideals, and a love that overcomes all… *melts*. Seriously, this book should go on your buy list… 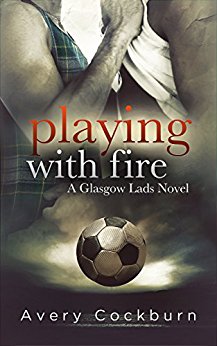 “I don’t want options. I just want you.”

Robert McKenzie has a secret. As the only straight player on an all-LGBT soccer team, he’s known to fans as “McWhataWaste.” No one would guess Robert’s actually bisexual. At twenty-one, on the verge of a brilliant career in video game design, he’s finally ready to be his true self. The only thing keeping him in the closet is…his gay best friend?

Liam Carroll has a problem. His gorgeous pal and teammate wants to kiss him and touch him and…everything with him. But for how long? With Robert embarking on a bright future—far from their rough-and-tumble East End streets—Liam may soon be left behind. He can’t risk falling in love with a man he can’t live without. His solution? Keep things casual, “see what happens.”

Aye, right. After a single camping trip, the bridge back to mere friendship is well and truly burned. Now Robert wants more than sex, but diehard cynic Liam won’t drop the barriers around his heart. These two tough center-backs must find a way forward as lovers, or their lifelong bond—the heart of the Warriors team—will rupture for good.

The Rest of the Series

The Legacy Series, news and updates