When we were fourteen, the two of us found a dead coyote on JC’s grandparent’s vast estate.

We didn’t know what the animal was at first. The estate had high walls and security guards, and there were very few animals making their way in, let alone dying there.

JC was the one to spot it, clambering down from Bumble and darting that way before I even realized he was moving. I jumped off Cody in the blink of an eye, eager to follow JC into any adventures. Only the week before, he’d had the bright idea to go skinny dipping in the pool at midnight. We really should have thought about this, given the security lights put the security of The White House to shame. Naked and sniggering, we’d sidled away under full neon brilliance, Lewis the one guard that had been there for as long as I recalled, leaning over and laughing so hard I thought he’d give himself a coronary. JC suggested the naked swimming; I followed. JC decided to investigate a lump in the grass; you can bet I was right behind him.

“Is it a dog?” he’d asked me, and he crouched down to investigate, heedless of any dangers in a dark mass of fur and teeth. I can remember the moment as clear as day when I yanked him back and away, sure that whatever it was could turn on us at any moment, a rabid monster ready to take JC from me.

That was what I did. What I’d always done—worried about JC, protected him… always having his back and not letting the monsters into his life.

It was no different in the desert. The strings pulled so we’d be together had come with a clear message from his family.

Look after him. Bring him home.

That was all his grandmother had said.

But it meant so much more—she knew I would look out for him, was convinced that I had the power to keep him safe from everything. I always fell in behind him, became known as the man who had the six for the team, willing to be the one who didn’t make it home as long as JC did.

It’s not that I wanted to die.

But I would die for him.

I loved him, and in my heart, he was mine. My love for JC wasn’t just friendly affection or even lust, it was perfectly written into every bone of me, and I was sure I would leave this earth never knowing another love like it.

And I never wanted to hurt him or let him get hurt. He was my everything.

So how, in the name of all that’s holy, do I hurt his progress by telling him anything like the truth? I wasn’t lying about Taylor—he’d had no idea he was about to die. At least no more than any of us did with the specter of death hovering over us. When he rounded that corner, he didn’t even have time to react. His death was quick and painless.

But a bullet carved into JC, and he slumped, a dead weight to the ground. In a split second, Taylor died, JC was covered in blood, his eyes shut, and I looked over at Asti in the chaos.

I saw the fear in her expression and the devastation in her eyes as she darted forward to get to the man she loved. She’d died because she wanted to reach Taylor; the next bullet sent our way killed her quickly, the same as him.

For a horrifying moment, she’d known Taylor was gone. She’d seen her love die, and I can’t imagine the pain that must have consumed her. Enough, so she threw herself after him, willing him to live, uncaring of her own life.

It’s what I would have done—desperately lunging to pull JC from the devastation and out of harm’s way if I could.

“I can handle whatever it is you want to tell me,” Adrian murmured against me.

I held my breath and then let it out in a soft sigh. “Asti knew. For a single moment, she knew Taylor was gone.”

JC’s breath hitched, and he made a soft keening sound, a noise of such incredible sadness that it buried its way into my gut and stayed there. I had to explain how I felt, how I’d tried everything I could.

“She moved forward because he was gone. It’s why she was in harm’s way. I know I reported that it all happened so fast, and I saw nothing, but I know if she’d hesitated, then maybe I could have grabbed her. She was too far away, I missed her by an inch, just an inch, and she was gone.”

JC held on to me, and then he wriggled back and away, laying back and staring up, his hands shaking enough so that I caught them and held them still, leaning over him and searching his face in the growing light.

“It was quick,” I reassured him, and he closed his eyes briefly.

“She loved Taylor so much. I knew that.”

“Adrian…” he untangled one of his hands and carded it into my hair. “I couldn’t imagine losing you.”

I wanted to say something stupid like he could never lose me, but death comes at the strangest of times and with no warning, and I couldn’t promise him that. He tugged my hair, drawing me close, and I sighed into the softest of kisses.

This moment was everything I dreamed about, the candy cotton softness of a perfect kiss as we lay in bed together. I released his other hand, steadied myself, so I wasn’t leaning too much on him, but he wanted me there, widening his legs as I slotted between them as if that was my place. Wrapped in his arms, I kissed him as if there was nothing else in life to think about other than this perfect moment to balance all the horrors.

He tilted my head, his other hand anchored in my hair now, and we kissed lazily, moving slowly against each other, hard and in a rhythm that I didn’t consciously understand. It was perfect, and right, and us. I don’t know what would happen when this embrace ended and we lost it against it other, but as he arched his back in orgasm, he murmured my name, and he didn’t let me go.

And it was everything. 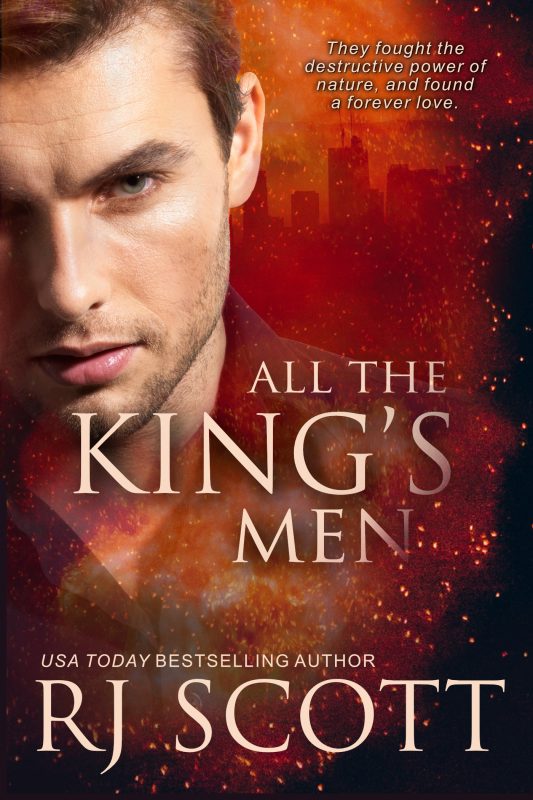