News Round Up, Texas 4, Sanctuary 7, and a WIP idea

I have volunteered to sit on a panel about blogging… what kind of things do you like authors to blog about? WIPs, coming soon, politics, religion, sex? Let me know…

Also if you are attending the UK Meet I have a list of books available in paperback that you can pre-order for me to sign. This was following on from a couple of emails I received about print books that really made me smile.

You can find the post about this here: Book Order for UK Meet

Don't forget, if you have bought an RJ Scott book that has been re-released then please email me with a receipt and I will happily replace for free (not including Back Home and Moments which are with TEB). Let me know what format you need. 🙂

More information and a full list of books can be found here: Information on re-issued books

Friday 21st June sees The Doctor And The Bad Boy available to buy and read direct from them… I am so excited for you to read Liam and Mitchell's story! Watch my facebook and this
blog for news.

Next up in Ellery is me writing the final book *The Barman and the SEAL*… sniffs… but YAY… An Ellery Christmas is on the horizon… which I am penciled in to write in JULY… yep, Christmas in July.

I wonder if I should get hubby to put the tree up in my office so I can get in the spirit. As it is I will need to make a Christmas playlist and stuff myself full of chocolates (it's a hard life!)

The Warlock's Secret is now available on third party sales sites… I am so pleased with some of the awesome reviews this series is getting.

Book 4 cover art is as stunning as book 3 and Simeon and Asher's story is one I can not wait to write.

Coming to you November 15th… promise

Took a twist I wasnt expecting and is now firmly split 50/50 between action in the first half and Dale/Joseph re-connecting in the second half… I hope you love reading it as much as I love writing it. All still on schedule to be with you end June…

Meredith is re-doing the art for these books and I can not wait to show you… the art is STUNNING!

Kian will be re-released in July, Darach in August, Eoin in September. Each book will be re-written in places and edited.

Harry Jones and the Zombie Apocolypse 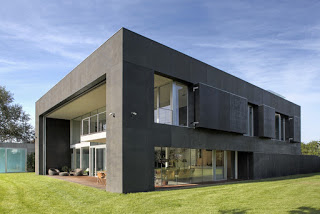 I renewed my Evernote subscription and was rifling through looking to delete bits and pieces, like research for Still Waters (yes it's been a while!). I came across this idea that will not leave me alone…

It was inspired by an article on this company that build *safe houses* which literally shut down to become nothing more than a huge cube of iron and concrete. SO clever.

What I may do is try and write maybe 1000 words on this a week and see if I can come up with a book that is kind of fun.

What do you think of this idea? The blurb is something like this:

Blurb for Harry Jones and the Zombie Apocolypse 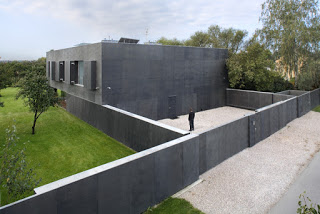 Harry Jones is a mild mannered salesman, redundant from his job selling white goods because firm is closing. He applies for a sales job to sell safe houses and is promised five hundred thousand dollars for every one sold. Easy.

Except for when he meets Doctor Amery Pike who is utterly convinced the Zombie Apocolypse isn't very far away. When the doctor insists on seeing the prototype and turns up with a van of food, water and toilet rolls, Harry knows this isn't going to be a good day at the office.

The Art Of Words – with Meredith Russell

The Art Of Words has been re-released through Love Lane Books and is also available in paperback.

After years of following his activist parents, artist Blu Taylor finally found somewhere to call home. He sees art in the world around him yet is never truly part of it. There's a line that keeps him just on the outside of everything and everyone except his best friend.

Thomas Harrington has everything–the money, the car, and the designer suits. But something is missing from a seemingly perfect life, lost when his mother fell ill. After attending a local art show, Blu is contacted by Tom and offered his dream–a chance to show at a gallery.

Though there is a growing attraction between the men, their worlds couldn't be more apart. Blu speaks through paint and brushes, and Tom's life is filled with words and paperwork.

Though opposites attract, these differences might push them apart.

In The Shadow Of The Wolf – with Diane Adams

Written with Diane Adams, I am so pleased to also announce that like The Art Of Words, these will be appearing at Love Lane Books and remain co-authored books. They are currently being edited by the awesome Erika and we have three wonderful new covers, all created by Meredith *She's fabulous* Russell. A print version with all three books will be available later in the year.

Book 1 in e-book will be available Friday 21 June.