NR Walker has two series that I adore. Cronin's Key and her Red Dirt
Heart series… you should definitely try both… and don't stop there,
she has a whole level of awesome with the Thomas Elkin series… and
other books!

Want
to try a few NR books? Simply, comment below with your email
address and I will pick a winner after close on 13 January 12:00 GMT. 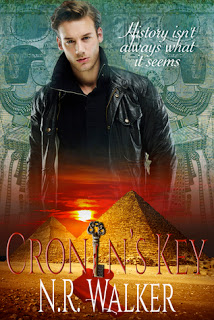 NYPD Detective Alec MacAidan has always been good with weird. After all, his life has been a string of the unexplainable. But when an injured man gives him cryptic clues, then turns to dust in front of him, Alec's view on weird is changed forever.

Cronin, a vampire Elder, has spent the last thousand years waiting for Alec. He'd been told his fated one would be a man wielding a shield, but he didn't expect him to be human, and he certainly didn't expect that shield to be a police badge.

Both men, strong-willed and stubborn, are still learning how to cope with the push and pull of being fated, when fate throws them another curveball.

Rumors have spread quickly of turmoil in Egypt. Covens are fleeing with news of a vampire who has a talent like no other, hell-bent on unleashing the wrath of Death.

Alec and Cronin are thrown into a world of weird Alec cannot imagine. What he learned in school of ancient pharaohs and Egyptian gods was far from the truth. Instead, he finds out firsthand that history isn't always what it seems. 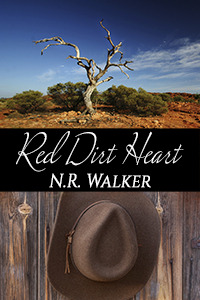 Welcome to Sutton Station: One of the world’s largest working farms in the middle of Australia – where if the animals and heat don’t kill you first, your heart just might.
Charlie Sutton runs Sutton Station the only way he knows how; the way his father did before him. Determined to keep his head down and his heart in check, Charlie swears the red dirt that surrounds him – isolates him – runs through his veins.

American agronomy student Travis Craig arrives at Sutton Station to see how farmers make a living from one of the harshest environments on earth. But it’s not the barren, brutal and totally beautiful landscapes that capture him so completely, it’s the man with the red dirt heart.