Happy Hump Day! Thanks to Amy Lane for stopping by for a turn in the Hump Day Hot Seat!

Well, perennial and forever it's Supernatural– I'm two seasons behind right now, but someday I WILL catch up. Current TV though, it's a tossup between Lucifer and Lethal Weapon. Ah, tortured heroes!

The Hero and the Crown by Robin McKinley

Yay! Right now it's Thoroki or SuperBat… but I actually started the crossover pairing of Sheriff Carter from Eureka and Sheriff Stilinski from Teen Wolf, and called it Cartinsky.

The guy minding construction traffic in front of my house just got an iced coffee, because dude, I can't imagine a more boring job.

Bracken from my little Goddess series. Spoiled, arrogant, unashamedly sexual in all areas to all beings, when he fell in love with his best friend/sometime lover's girl, he fell forever. He's the first character who actually took over a book and said, “YOU! LOOK AT ME! I'VE GOT A 12″ COCK AND AN ATTITUDE AND I GET MY OWN DAMNED STORY!”  He's also blood thirsty, a brilliant warrior, practical in the extreme, and is going to make an amazing father. I love him to pieces.

Characters with a complete lack of self-awareness. LOVE them.

For your chance to win Bonfires by Amy answer this question…What was the last gift you gave someone? 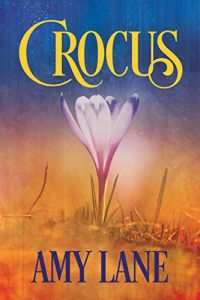 Saying “I love you” doesn’t guarantee peace or a happy ending.High school principal “Larx” Larkin was pretty sure he’d hit the jackpot when Deputy Sheriff Aaron George moved in with him, merging their two families as seamlessly as the chaos around them could possibly allow.

But when Larx’s pregnant daughter comes home unexpectedly and two of Larx’s students are put in danger, their tentative beginning comes crashing down around their ears.

Larx thought he was okay with the dangers of Aaron’s job, and Aaron thought he was okay with Larx’s daughter—who is not okay—but when their worst fears are almost realized, it puts their hearts and their lives to the test. Larx and Aaron have never wanted anything as badly as they want a life together. Will they be able to make it work when the world is working hard to keep them apart?

Angst and pain, Amy Lane Amy Lane has two kids in college, two gradeschoolers in soccer, two cats, and two Chi-who-whats at large. She lives in a crumbling crapmansion with most of the children and a bemused spouse. She also has too damned much yarn, a penchant for action adventure movies, and a need to know that somewhere in all the pain is a story of Wuv, Twu Wuv, which she continues to believe in to this day! She writes fantasy, urban fantasy, and m/m romance–and if you accidentally make eye contact, she'll bore you to tears with why those three genres go together. She'll also tell you that sacrifices, large and small, are worth the urge to write.