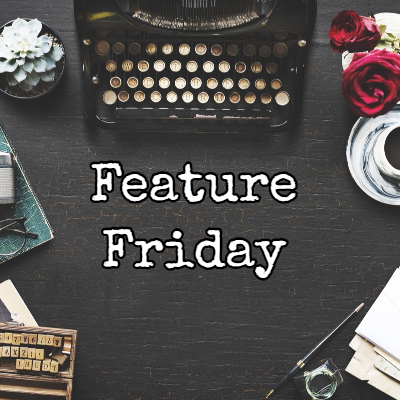 by Rachel Maybury
248 views
No Comments
0

Welcome to my partner in crime, V.L. Locey to tell us what she's got going on this year…

Hey all, V.L. Locey here with news about all my upcoming releases. First, let me thank RJ for having me here. *squishy hugs* Between our coauthored Railers books and my solo tales, 2018 is going to keep me hopping! Here’s what’s coming down the pike for me this year…

Erik Gunnarsson’s dream had always been to play in the NHL, he just never imagined he’d land a contract with the Railers. Who would have thought that fate would put him on the same team as Stanislav Lyamin; the man whose heart he’d callously broken?

Secrets and lies had defined their summer relationship, and the choice that Erik made to end it all haunts him still. In the middle of a messy divorce and with a baby in tow, Erik finds himself back in Stan’s life. Now all he has to do is be the best dad he can be, prove to the team that he deserves the chance to stay on the roster and try his hardest to get Stan to forgive him. Is it possible to persuade a man who hates you to give love a second chance?

If there’s one thing that Helen Parat knows, it’s how to defend. Be it her goalie or her bruised heart, the Venom’s top D-man isn’t about to let anyone get too close. That’s an admirable thing on the ice, but in her personal life its left her alone for far too long. Better lonely than taunted though, the stately beauty decided years ago. And that philosophy has served Helen well, until Bobby Fovea entered her defensive zone.

The energetic and handsome Wildcats captain is winning her over, one honest and loving smile at a time. Just when she thinks she’s blocked him out, Bobby finds a new way to work his way into her heart. As she and the Venom make their push for the championship, it’s going to take every ounce of dedication, grit, and passion Helen has to seize not only the cup but the happiness she’s denied herself for far too long.

…I’m re-releasing a contemporary May/December MM novella, Life is a Stevie Wonder Song. This one has been re edited and has a new epilogue added!

Authors know that their muse is a fickle creature. Best-selling spy novelist Stephen Ramsey has been in a hate-hate relationship with his inspiration for months. When Stephen's publisher lays a legal ultimatum upon him, with a rapidly approaching deadline, he knows he must do something to kick-start his creativity or face the unemployment line. His daughter comes up with a possible answer: a summer camp for the creative soul. With nothing to lose, Stephen packs up his laptop, phonograph and beloved record albums and heads from Greenwich Village to the Catskill Mountains.

There, among a horde of college students attending for extra credits, is Declan Pomeroy, a photographer of fey creatures who is twenty-two years younger than Stephen. The woods are a magical place, and he quickly finds himself falling under the spell of the free-spirited photographer. Confusion wars with desire inside Stephen as he succumbs to the feelings welling up inside. But, sadly, summer camp always has to end. Can a man who has just found himself really leave the person that makes his heart sing?

…brings another book with RJ Scott, Last Defense (Railers #5). This one comes out on 5/16/18 and we are SUPER excited about it! Check out the working blurb…

…is Overtime (Cayuga Cougars #4) which is an MMM hockey romance and what I’m currently writing. I must confess that I am head over heels for Sander, Mateo, and Noah! Here’s the working blurb. The cover hasn’t been released yet.

Sander March is one season away from the pros, or so everyone tells him.

If only Sander had as much faith in his ability as the Cougar coaching staff does. Outwardly he’s cocksure, borderline bitter, and slightly sarcastic. All that strut and sass hides a wounded soul though. Working to hide a brutal past filled with humiliation, abuse, and a family member who still haunts him, Sander has never found the kind of comfort and understanding he so desperately needs. Until he meets Mateo Castillo, a minor league baseball player for the nearby Elmira Egrets. Mateo and Sander click instantly, and a budding friendship develops between the two athletes.

Mateo then introduces Sander to his boyfriend, Noah Coombs, an aspiring manga comic artist. The three men find themselves bonding strongly, and that slowly gives way to sexual attraction. Eventually Mateo and Noah invite Sander into their relationship. The path to happiness isn’t going to be easy for Sander as he faces criticism from his friends, teammates, and the press for his choices. The brash young star can handle all that, it’s when his abuser shows up in Cayuga that Sander fears not only for his own safety, but for the lives of the two men he has grown to love. Will Sander’s past tear him away from Mateo and Noah, or will he be able to leave the darkness behind?

…sees the launch of a new series of MM hockey romances. The Colors of Love series will be stand-alone novels with various tropes such as Bi-For-You, May/December, and Enemies to Lovers just to name a few. Lost in Indigo is the first book and will come out 7/11/18!

Mathieu Beresford was so close to seeing his dream come true.

The thirty-eight-year-old captain of the Buffalo Surge had lead his team to the final round of the playoffs with his aggressive defensive play and leadership. During the first game of the championship series he was taken down, and his leg snapped upon impact with the boards. Mathieu watched his team go on to win the championship from his hospital bed.

Adrift in anger, resentment, and the new direction of his life, he returns to his mansion along the St. Lawrence River. Alone and sulking, Mathieu is not prepared for Indigo Neu to enter his life. The gender fluid twenty-year-old botany major signs on to play nursemaid, confidant, and groundskeeper over the summer. He slowly leads Mathieu out of his confusion, one tender smile and touch at a time.

The deeper Mathieu falls, the more he wonders if being lost might not be so bad after all.

…the last Railers book written with RJ Scott will release. This one is titled Goal Line she and I will be leaping into writing this sometime after we meet up in Pittsburgh in March.

…is another re-release – my Lake Erie shifter novellas all complied into a nice little bundle – An Erie Collection – with a bonus new novella! Nothing says Halloween is coming like a skunk shifter falling in love with an alpha wolf shifter, I always say!

…RJ Scott and I will be debuting the first of three NA hockey romances, starting with Ryker -Owatanna U. Hockey -#1.

…will bring us Overtime, the fifth and final Cayuga Cougars novel. This time around we have some mature men finding love and romance among the rough-and-tumble world of Cayuga ice hockey.

And finally, in December…

…RJ Scott and I are going to have a Railers/Owatanna U. holiday crossover! The title has yet to be determined but I wager it’ll be all kinds of festive and romantical!

And that’s my year ahead! Man, that’s a lot of books. I better get back to writing! 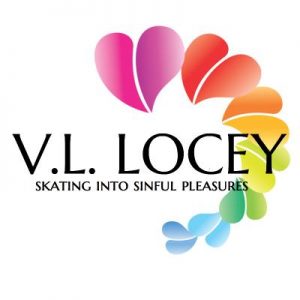