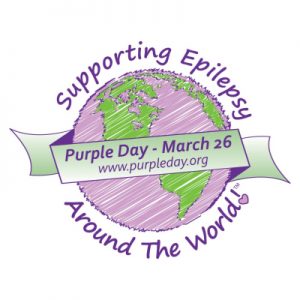 “Epilepsy is a brain disorder marked by recurring seizures, or convulsions. It affects a fifth to a third of people who have autism, compared to an estimated 1 to 2 percent of the general population (Spence 2009). The autism-epilepsy overlap appears to be most common among people who also have intellectual disability. (Amiet 2008)”

Matthew isn't ever ill. When I say that I genuinely mean that in his eighteen years he has only had one bout of illness that has made him physically sick and wanting to sleep in bed, and he's had maybe a handful of colds. There are a lot of factors in this. He's in a special school with very few children, he doesn't hug a lot (except me and his sister), and he spent most of his childhood eating things straight from the freezer or off the floor. Don't ask.

He also doesn't feel pain the same way as other kids. Like for example the time he clenched my hot brush with his bare hand and burned himself. He put a sock over it and did some crying,  but that was it until we got to hospital. His answer to any pain from burns or cuts is to put a sock over it, and no we don't know why. Maybe “out of sight out of mind”

When I was in GRL a few years back Matt had his first grand Mal seizure. In December he had his second one. Turns out Matt has epilepsy alongside his autism, and is now on medication for the rest of his life.

Weirdly enough he isn't fazed by having epilepsy at all. He takes the medication by himself (four tablets a night) and he never forgets the routine of it – that's one good thing about autism. He doesn't worry about it, at least he doesn't talk about it, he just said at the diagnosis that he didn't want to spend any more time in hospital. I know how he feels.

Epilepsy is new to us, but just like autism, I will research the hell out of this and try to help Matt make informed choices as best as I can.

It's all about the research, and understanding as much as you can I think.

So, this is my first Epilepsy purple day. I was hoping I'd never have to mark it for personal reasons, but I do. We'll handle it, just you watch us!