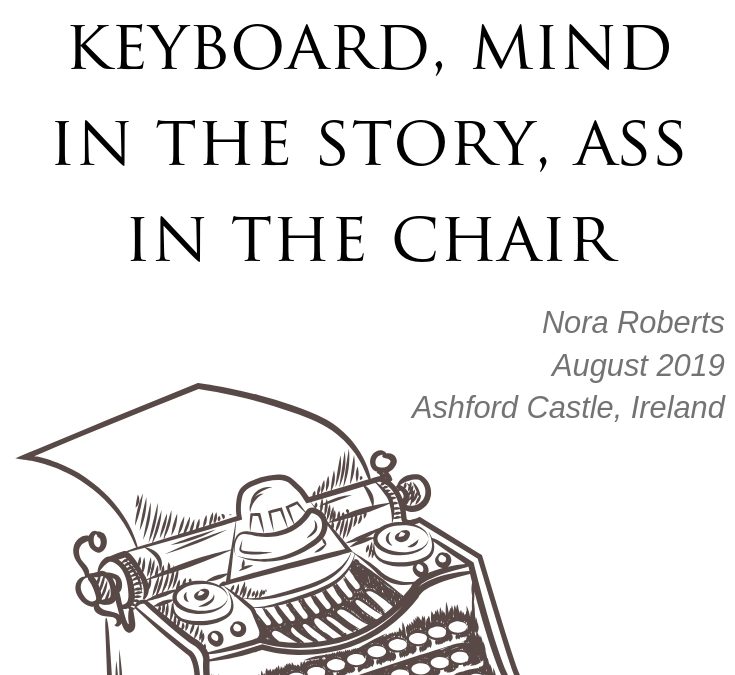 2014/15 (?) In an informal chat with a fellow author, I was told that Elizabeth confirmed $1,000,000 was ALWAYS in a DSP escrow account in case of issues. This author was close to DSP. I had no reason to discount what this author told me, as I trusted her, and it was only what I’d heard from other people. I’m sure at that time it was probably true; after all this was before KU hit publishers hard.

September 2016 was when I first really met Elizabeth from DSP at UK Meet.

Elizabeth’s keynote speech was certainly focused and delivered with evangelical passion; she said all the right things. I just felt like I’d been given a sermon, and this was precisely what I told friends and family this at the time. We talked about me subbing a series then, but I never sent them anything.

My problem with DSP at this time was they appeared to be blindly investing money in publishing. Take, for example, my short novella, For A Rainy Afternoon, one of five linked novellas. This was put into e-book, paperback (with the others), French, German, Italian, and AUDIO. They were doing this with so many authors, and I couldn’t see how this would be sustained. I mentioned this to many of my author friends in casual conversation at meetups, and the general consensus was that DSP must have some big pool of money to pull from (See my previous point about the million dollars in escrow)

Cardeno C, one of DSP’s BIG NAME AUTHORS (BNA) – the ones that bring in big money for them – left DSP, her books vanished overnight. That was BNA1, leaving DSP, patient zero I guess, although others may well have gone before that, I just wasn’t aware of them.

Why does a publishing company need a Big Name Author – If one BNA created $5,000 in a good month for DSP in income (their 50% of the cut etc.) then if you have 40 BNAs, that becomes $200,000 that month for DSP. This income covers paying out 100 smaller names, the newbies, the ones starting out, the ones who might sell only $200 in a month, the ones who don’t sell enough with their first books to cover what DSP has paid out for the covers, editing, etc

You lose your BNA's and things start to unravel.

In between all this, there was a hurricane that delayed DSP payments to authors, a new accounts system that suspended payments. In addition, DSP’s bank apparently closed their account because they published MM, without notice. Each occurrence was a small blip on its own, but the evidence that things were maybe getting a bit rough for DSP was right there if any of us had looked properly.¶

Problems at Ellora’s Cave, ARE, Pride, Riptide, lawsuits, authors against authors, and it seemed that any nonsense from DSP was  ignored because DSP was quietly going about their business, always with a million in escrow to back them up.

I recommended people to DSP.

Yep. To my eternal regret.

Okay, so I wasn’t effusive. After all, my home is now independent publishing, and I do more than okay out there. But my words would always be something like ‘I wouldn’t put my work with publishers again, but hey, if I had to recommend anyone then the only one I would recommend is DSP.’

September 2018 was when I first really met Lyn from DSP, a woman who, to me, seemed very different from Elizabeth. She had a kindness about her, less evangelical, a friendliness that made me feel comfortable. She gave the keynote speech, which let’s be honest, was less a speech and more of a sales pitch, something I commented on at the time, and which other authors mentioned also. She spoke about mass market, foreign rights, and given that I am a businesswoman as well as an author I talked the DSP options over with my husband and was encouraged to send them a one-off series, and possibly expand my reader base with further exposure. This was a calculated risk, as I wasn’t convinced DSP was the right place for me.

My husband, the financial director of my publishing company, noticed DSP reports changed. They went from vague to detailed and then just as quickly back to vague again. Also, DSP lost their finance person, or so he was told.

Late November 2018, I had a mini-meltdown, I think it was a combination of knee pain after a torn meniscus, having 3 personal releases, 2 co-authored, 2 audio, and 3 translations, all independently published, and all out in the space of four weeks. Add in the fact that I was trying to write a book for a series that was going to DSP, a company I was feeling unsettled with, and I was getting more anxious by the day. It didn't help that I was hearing rumors about emails not being answered from DSP, and about money being owed on translations and to people who had edited and done cover art.

I finally turned in What Lies Beneath (Lancaster Falls Series, 1), feeling a sense of relief at writing a book I was incredibly proud of. But, it was at the same time a payment date had passed, and people were legitimately concerned that they hadn’t been paid from DSP.

It had to be a blip. Right? This is DSP, they have a million dollars.

At this point, TJ Klune announced he was having issues with DSP because of print books and so on. This was BNA 2 having problems with DSP.

Then, another BNA independently published a new bestselling series. That didn’t raise flags with me, after all, a lot of authors are hybrid now, and I respected that. I just thought it odd that this BNA who was loved by DSP didn’t choose to publish with them at that time. Probably unconnected, but again, alarm bells.

Around Easter 2019 it became obvious that I hadn’t been paid my $1000 advance for What Lies Beneath, despite DSP having had the completed manuscript for nearly three months.

I put it down to months crossing over, or something, but, I’d seen a few people say that they had a few fiddly issues with DSP, and so I thought I’d email Lynn and ask directly about the advance. She said not sending the advance was an ‘oversight,’ and that my money would be dispatched that day.

Meanwhile, literally the same day, the shit was hitting the fan out on Facebook. All of a sudden I was privately approached by different authors, some of whom were owed $6,000 at that point.

They just wanted answers, advice, someone to talk to.

Some of these authors cried, and I had nothing I could say to them. I said I would help them if they wanted to publish independently, I would have them onto my blog, I would pimp their books, but other than that, what could I do? It was heartbreaking because some of them were depending on that money to pay rent, medical bills, school fees.

So, I privately reached out to a selection of DSP authors I trust. 10 of them. Some I didn’t ordinarily speak to via social media, some I had to friend on FB to talk to, some I knew well.

Eight of them replied. One who remains with DSP now said that she’d been paid, and that was the end of that discussion. The other seven told me varying stories of not being paid for e-books, translations, editing, art, and so on.

“They post-dated the check.”

“They’re not returning my emails.”

“My statement has changed three times.”

“They said they'd give me back my rights if i waived royalties owed.”

Incidentally, DSP sent me my $1000 advance DESPITE owing money to everyone else. I sent it back the same day, told them not to bother with my $140 on an old novella that they owed me, told them I wanted to be paid last. I spoke to Lynn. She was the one returning my emails. I took back Lancaster Falls. They didn't stop me.

I went public with my issues.

I emailed Elizabeth and Lynn, asking for a clear explanation instead of the waffle they were giving out.

And then there was more waffle.

Accounts errors, money used to invest, money that belonged to authors misappropriated, and always at the end of the email ‘please email us, we’re happy to help’ or whatever nonsense it was.

So, I went out on Facebook, my blog, twitter, and I said all of this back in June, and yes I was vocal, and yes I was gaslighted (gaslit?), along with others, by a selection of DSP authors who have chosen to stay. It’s their choice to stay, but to stay and openly accuse the ones leaving of causing the mess is utter nonsense. The implication is that we should all stay and work through this mess.

It’s not OUR fault that DSP is failing, or has failed.

IT’S NOT THE AUTHORS FAULT.

This is not a family sticking together; this is business.

Others posted their stories in public.

More and more BNA’s left, taking with them any potential future income.

And a group was started on FB for people who had taken their rights back from DSP. As of yesterday, there are around 80 authors in there.

The implication is that those who are loudest on social media have nothing to lose. Well, I'm sorry, but DSP have made it so people are scared to post, friendships have been shattered, authors are turning on authors. I personally recommended DSP to fellow authors, so yes, damn it, I will be heard. Because DSP is destroying the community that they say they helped nurture in the first place.

So, when I see the lies that DSP is putting out every week, and this week’s corker, talking about how only ‘one person had emailed them,’ it has impacted me so much that I have come out of my self-imposed social media blackout to post this. Because, I can tell all of you reading this now that of those 80 in that FB group, at least 10 of the more vocal and confident in the group have said that they have emailed Elizabeth on numerous occasions in the last few weeks and heard nothing back. Some have emailed six, seven, eight times, and others have agents involved.

I am talking a mix of BNAs here, some of them probably owed similar amounts to TJ Klune, and newer authors who have never seen this kind of behavior before and are devastated.

I genuinely read into these emails that DSP think authors owe them because DSP took a chance on them. I feel it’s being suggested that even though DSP made a mistake, that it was just that, a simple ‘oopsie, my bad' mistake. Somehow, they've gone past asking for forgiveness and gone straight ahead to “you owe us, and if you don’t stay, then we’re fucked.”

It’s guilting people at their lowest.

I could go one, but you can find the emails in an archive https://dreamspinner.press/

Spending money that isn’t yours is not a mistake – it’s creative accountancy, and at the worse stealing.

The passive-aggressive gaslighting, the fact DSP seem to think it’s okay to try and make authors feel bad that they’d give them a ‘home’ for their words, using such emotive words and implying authors owe DSP for giving them a chance… yesterday it just got to me.

Because the authors that have left are not lying about why they've left.

And lastly, no, I don’t recommend DSP as a place to send your manuscript.