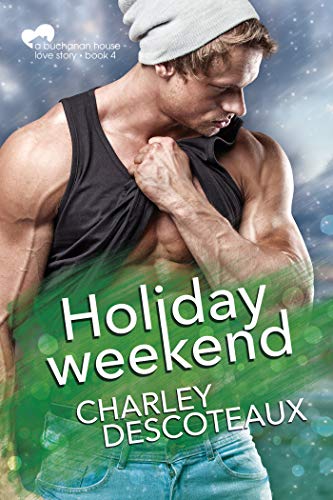 Ryan Orchard moved from small-town Idaho to Portland almost two years ago and still feels like a hick. When Paulie Nesbitt dumped him, he wasn’t even surprised. Despite losing twenty-five pounds since then, Ryan’s confidence is nonexistent and his life has stalled. Not only is he convinced the career he wants is beyond his reach, he’s given up on relationships. A new job at a familiar restaurant—and his gorgeous coworker—could be just what Ryan needs to believe in himself again.

Glenn Hernandez might be the only nineteen-year-old in Portland who dreads his days off. Between his horrible housing situation and the ever-present temptation to crawl back into the bottle, Glenn prefers to keep busy. He volunteers at the Elliott Foundation House, a homeless shelter helping LGBTQ sex workers. As an alum of the shelter, Glenn finds it hard to leave his past behind. But when the new server at the trendy restaurant where he works catches Glenn's eye and works his way into his heart, Glenn finally has a reason to start a new life.

Book Four in the Buchanan House Love Stories series. This book has been previously published as Buchanan House: Book Five; content has not been significantly altered.

One lucky winner will win an ebook from my backlist by telling me – what's your favorite part of a small town Christmas romance? Or do you prefer a big city romance?