I've written quite a few Christmas stories in my time, but not this year, so the book I'm talking about today is my latest, co-written with my good friend, Sally Malcolm, which released in October. It's called Total Creative Control and it's a contemporary angsty-rom-com (which is TOTALLY a thing… specifically a thing that happens when two angst-loving authors try to write a rom-com, lol!) 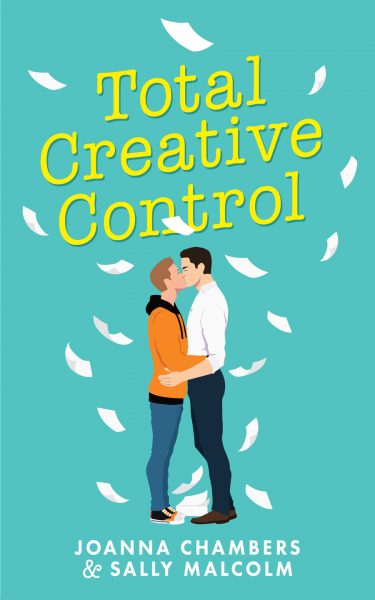 When fanfic writer Aaron Page landed a temp job with the creator of hit TV show, Leeches, it was only meant to last a week. Three years later, Aaron’s still there…

Lewis Hunter grew up the hard way and fought for everything he’s got. His priority is the show, and personal relationships come a distant second. Besides, who needs romance when you have a steady stream of hot men hopping in and out of your bed?

His only meaningful relationship is with Aaron, his chief confidante and indispensable assistant. And no matter how appealing he finds Aaron’s cute boy-next-door charms, Lewis would never risk their professional partnership just to scratch an itch.

But when Lewis finds himself trapped at a hilariously awful corporate retreat, Aaron is his only friend and ally. As the professional lines between them begin to blur, their simmering attraction starts to sizzle

… And they’re both about to get burned.

I'm giving away a signed copy of Total Creative Control to one lucky entrant – just leave a comment below with your email address saying which fictional character you would most love to have a Christmas decoration of that you could put on the top of your Christmas tree (or somewhere else suitably lovely if you don't celebrate Christmas).

The contest is open to entrants from anywhere in the world.