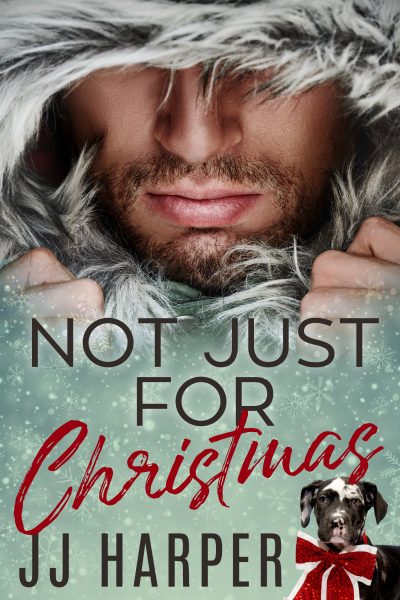 Hello, it's great to be back for another Advent giveaway

I'm JJ Harper, if you don't know me I'm a Brit author and have been writing gay romance for over five years. My first Christmas story is out now.

Not Just For Christmas

Hunter has lost everything, including himself. Can Otto and Ajax help him find the joy of Christmas again?

After tragedy strikes, famous news reporter, Hunter Wiley, flees his London home and his successful career in television. In the hills outside a small Welsh town, he finds his refuge. Building his house helps him grieve, and for two years, he hides from everyone. He’ll be spending another Christmas on his own.

Until he finds a puppy, dumped in his woodshed.

Otto Markham used to be a player, but not anymore. He longs for a boyfriend, but they aren’t prepared for his long hours as the town vet. He’s resigned himself to being alone.

Until he gets a call about a bruised and battered puppy.

Not only Ajax heals under the vet’s loving care. Hunter feels safe with the man with the soft Welsh accent and the skilled, kind hands. Otto gives him the strength to let go of the guilt and the courage to move on.

The greatest love stories aren’t always easy, but they are the ones worth waiting for.

Not Just for Christmas isn’t a story full of tinsel and mistletoe, roaring fires, and sweet kisses. It contains lots of snow, hurt/comfort, a broken news reporter, a hard-working vet, and an adorable puppy with the heart of a warrior. Based in the UK and is written in British English

For a chance to win an ebook of Not Just For Christmas, tell me the best present you've ever had.