Wishing you a wonderful Advent, in anticipation of an even better Christmas!

So great to be part of RJ’s event – she and I are both very much family-focused girls and, for the Cochranes, Christmas is still just like it was when our daughters were little. In fact, they tell us it gets better and better.
Like every family, we have traditions. Obvious ones like stockings (despite my youngest daughter being 25!) and less obvious. Like the Christmas lunchtime quiz, which we complete between the main course and the pudding, allowing us to build up our appetites again. There is the one obligatory brussels sprout, which has had to be consumed with dinner, even when people have had to hold their noses to do so. And, of course, the precision engineering involved in making sure that everyone has exactly the same amount of roast potatoes.

In honour of the season, I’m giving you all a Christmas themed freebie, which features my Cambridge lads, Jonty and Orlando. My True Love Sent to Me. 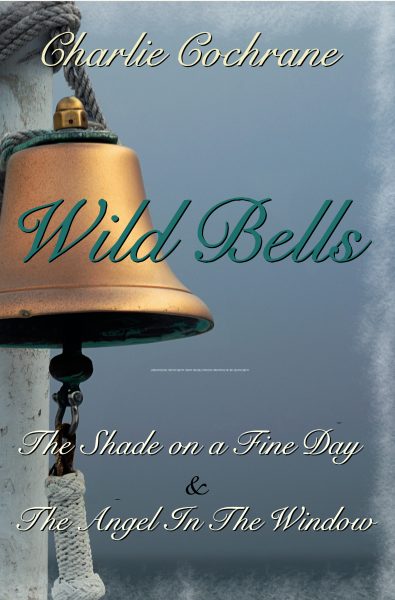 Two stories, one theme – the love that dare not speak its name

The Shade on a Fine Day:

Curate William Church may set the hearts of the parish's young ladies aflame, but he doesn't want their affection or presents, no matter how much they want to give them to him. He has his sights set elsewhere, for a love he's not allowed to indulge. One night, eight for dinner at the Canon's table means the potential arrival of a ghost. But what message will the spirit bring and which of the young men around the table is it for?

The Angel in the Window:

Alexander Porterfield may be one of the rising stars of the British navy, but his relationship with his first lieutenant, Tom Anderson, makes him vulnerable. To blackmail, to anxieties about exposure—and to losing Tom, either in battle or to another ship. When danger comes more from the English than the French, where should a man turn?

I’m offering a bag of Brit-themed swag, to be sent to anywhere in the known universe. Even Bognor. Winner to be drawn from the commenters to this post. Just tell me, what’s your favourite Christmas family tradition? Competition closes 31st December.