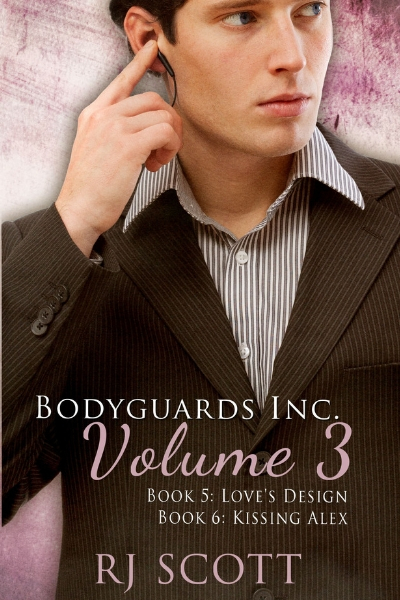 Can Christmas be the time when Kirby finally stops running and allows himself to fall in love with the man who saves his life?

CIA Agent Stefan Mortimer is cooling his heels in the UK until he can go home. Taking on easy assignments with Bodyguards Inc. seems like a good solution to keep him sane. He’s used to life throwing him curveballs, and it’s just another day at the office when he rescues Kirby Devlin and his niece and nephew. Now he has to keep Kirby and the kids alive and stay professional.

Kirby Devlin has one priority; keeping his small family safe. On the run, and facing danger at every turn, Kirby finally runs out of places to hide on a snowy December day at an Edinburgh train station. Stefan comes to the rescue, saves him and the children. Is it possible that Kirby finally has someone to trust?

Now, if only it would be as easy for Kirby to trust Stefan with his heart.

eBook
Paperback
Preview
Disclosure of Material Connection: Some of the links in the page above are "affiliate links." This means if you click on the link and purchase the item, I will receive an affiliate commission. I am disclosing this in accordance with the Federal Trade Commission's 16 CFR, Part 255: "Guides Concerning the Use of Endorsements and Testimonials in Advertising."
Today's teaser comes from Blade (Boston Rebels 5)