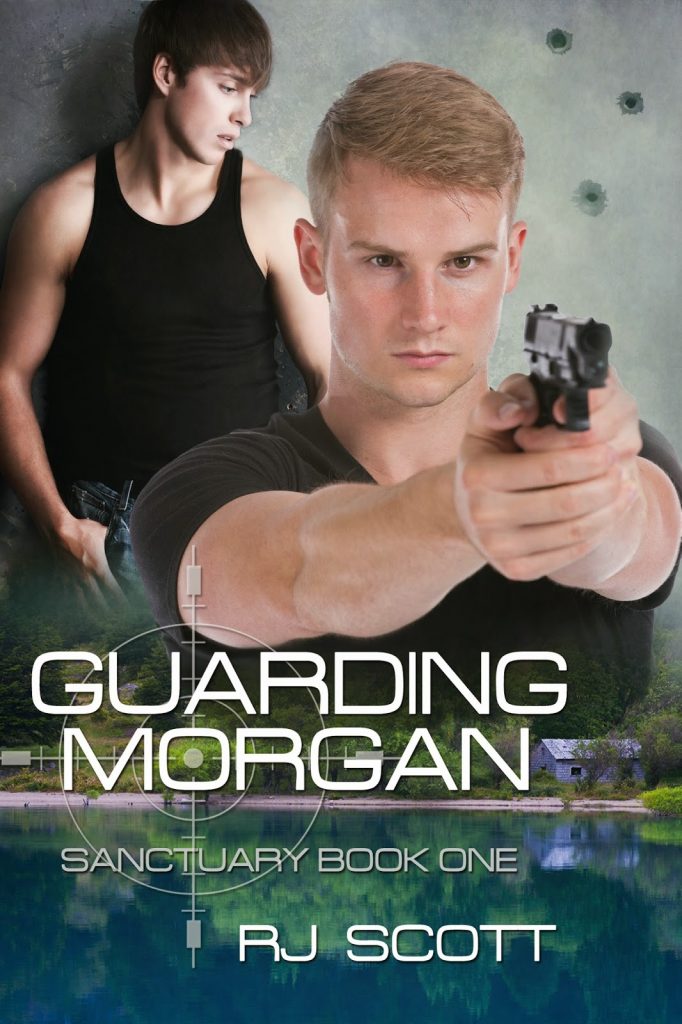 So, for anyone new to RJ books, I recommend Sanctuary, starting with Guarding Morgan. Right alongside Morgan Drake, who is witness to the murder of a young woman, we are slowly introduced to the concept of Sanctuary, run by Jake Callahan, but originally planned and started by Jake's father Max.

Morgan is sent to meet up with Nik, a former FBI agent, who is the epitome of bodyguard, when his FBI handler (also Nik's former FBI partner) is wounded after the FBI safe house is compromised.
What follows is a great mix of action and M/M romance, and the beginning of a tangled web of crime and deceit being unraveled over the course of the series. We meet a whole bunch of strong, interesting characters along the way. Each book is the story of a new couple, and we follow their parts in the developing overall story arc, as well as watching them meet and wrestle (sometimes almost literally) with their feelings for each other.
It is possible to read each book as a single, but with the continuing overall plot, I recommend starting at the beginning and working through to Worlds Collide, where we reach the dramatic conclusion of the series story arc, with Dale and Joseph – a former SEAL turned Sanctuary agent and an active Navy SEAL, who we first met in The Only Easy Day.
This final story also reintroduces us to Viktor, who is part of Joseph's SEAL team, and whose story can be found in Heroes series book 1: A Reason to Stay. 🙂
* * * * *
The Sanctuary Series