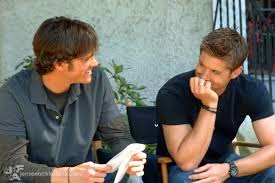 Celebrating five years and counting. Fan Fiction, Publishing and Thanks.

So it was between Christmas and New Year 2009. That is when it happened. In the weirdest of ways as well.

As Garvaldmains (my Live Journal Pseudonym) I had written a million words of fan fiction in the J2 world (Jared/Jensen AU, Supernatural). I wrote so many stories and I was clearing chapters every other day.

None of it was edited, but it was a need inside me to write and have an audience for that writing that just literally fell onto the keyboard to form stories.

I learned my craft writing fan fiction. The bad habits that needed sorting, the feedback that was necessary, the sheer joy of crafting a story for people to read.

To anyone who says fan fiction is a bad thing, then I say, bollox… ROFL… The best thing I learned from fan fiction was that I was able to write a story that at least ten people read and to me that was the best lesson of all. Love it or hate it fan fiction is responsible for me being a writer today, and you wouldn't believe how many of my fellow writers started the same way.

And if someone wants to write fan fiction around my characters – fair play to them.

Anyway, I digress, it came to a point when I'd read all of the J2 that was out there and I turned to MM as a way to fill this gap where there were no J2 stories left… after all two men together… *fans self*

I'd been writing long hand for so long, but nothing was ever finished. I had the ideas but I didn't have the patience to write a 50k novel long hand. I'd written short stories based in the (original) Battlestar Galactica series. Then, I had this story, it had a female hero (!) and her requisite male lover and it was based around an organisation helping people in need. I called it Sanctuary and I was going to send it to Silhouette (Mills and Boon). I never did. I got maybe four chapters in, but jeez, why bother, because no one gets published… do they…

My first ever fan fiction story was called Sanctuary – yet another incarnation where I had this idea of a cabin in lock down – probably the only part that ended up in the final Guarding Morgan idea! 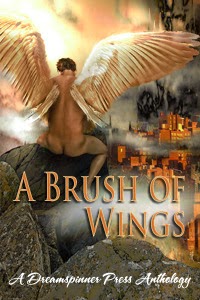 So I had this friend, Chris Quinton (yes, that Chris Quinton) who read some of my J2 and answered my questions about what it was like being published and would it ever happen for me? She said she thought I should give it a try and that was probably Autumn 2009. Then I hid, because let's face it, no one would want to read my stuff, and god, my grammar was appalling (yes Erika, I know it still is).

I was sitting on the sofa reading some MM, Serena Yates was one of my first, and I happened to click on the Dreamspinner site and a call for an antho featuring angels called A Brush Of Wings.

That was a good place to start. In the space of a day I had the story written, it just flowed, it was there. It had no grammar and it needed a good beta (Chris, Gayle and Meredith to the rescue) but all in all after three days of fiddling and with no hope at all, I subbed it to DSP. That was New Years 2009 and into early 2010.

They took it. They wanted it. Just like that. Bloody hell. I was going to be a published author.

The rest of 2009 was treacle slow. Oracle was out in the Summer with the now defunct *(&%^^$ Publishing, then Moments in October (my take on the Hollywood bad boy and his rescuer) and The Christmas Throwaway, which came out for Christmas.

Everything was kind of slow. Sales of Oracle were okay, but it was a first book and I wouldn't have tried it from a new author myself, let alone expecting others to take a chance on it. Moments sold better and I think at that point I realised my niche may well be Contemporary MM as opposed to Paranormal MM. Money trickled in and I imagined that this writing business would be a good hobby to have along side my EDJ which was web design. That was okay. Because very few people become full time authors. I knew that and I was cool with it. 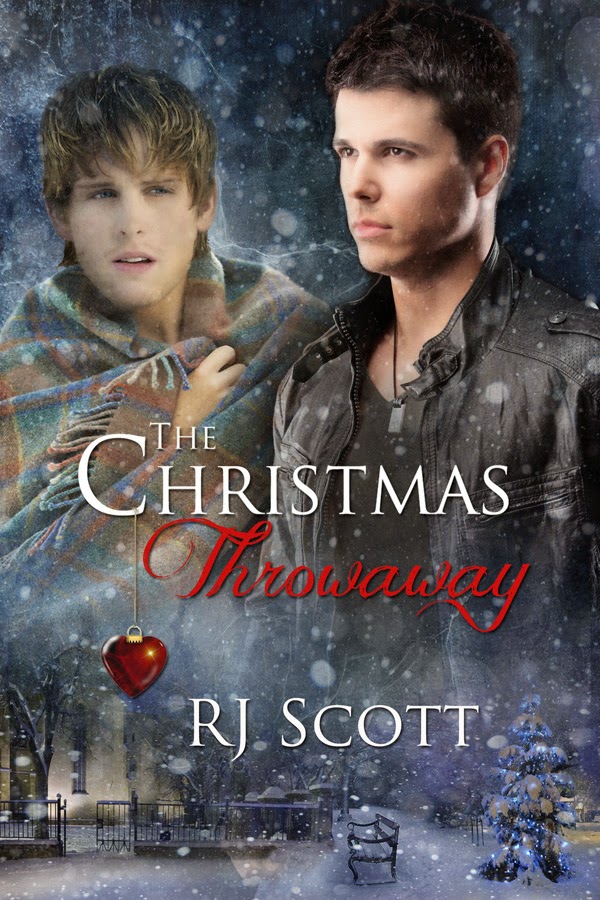 Then Throwaway did something unexpected. It kind of went a little bit ballistic. The tale of a young boy thrown onto the streets at Christmas seemed to tick a lot of boxes with readers and it stayed at number 1 on ARe for a long time becoming the best selling book of 2010 with them. It also broke position 300 overall in Amazon and suddenly I had a slim chance to maybe make a living from this.

Hubby recalls a car journey we made where we talked about how I had sold 50 copies of Oracle and how I had made so many dollars (I can't recall how much). He said, imagine if you managed to sell 100, or 200. I remember laughing – that was never going to happen.

So how did I follow up 2010? 2011 was so busy. It started with Kian, Back Home, All The Kings Men with One Night following quickly. Back Home and One Night sold well, the other two not so much. But at least I had some kind of balance, and a small amount of money from (*&%^^$ Publishing each month (nice while it lasted – sorry, I had to get that in!)

Then I wrote The Heart Of Texas, which was another game changer like Throwaway, unashamedly written in a soap opera style it was a labour of love and somehow it worked. Now I am lucky enough to be a full time writer.  So from a short story five years ago to the life I have which I only dreamed of I call myself the luckiest person alive.

So okay, 2012 it all went tits up (as we say in the UK), but meh, we're all over that now… rofl… onwards and upwards with Love Lane, and writing, and just being bloody happy.

Anyway, after five years, all I want to say is thank you and for you all to know I really mean it.

Thank you for every single book you have bought, read, and reviewed.

Thank you for every book you buy in the MM genre.

Thank you to all my wonderful friends in the MM world.

I count myself so lucky to be able to do what I do. For the first time since I was 19 I found a career I could be happy in.